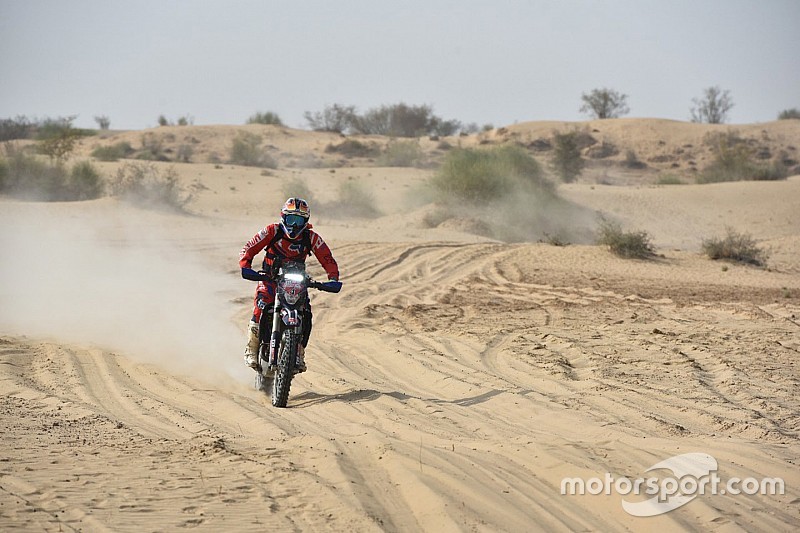 It was refreshing to see privateers bag wins in this year’s Maruti Suzuki Desert Storm, while majority of the manufacturers struggled to even make it to the finish.

Owing to their financial might and factory-built vehicles, Maruti Suzuki and TVS have long enjoyed a stranglehold in the two primary classes of Desert Storm.

As such, it was difficult to look beyond the two manufacturers, plus Hero’s CS Santosh, for top honours in this year’s Desert Storm.

But as it turned out, only one entrant from the aforementioned manufacturers made it to this finish line after five gruesome legs in the Thar Desert.

The entire four-strong line-up of Maruti Suzuki was wiped out in a matter of two days, with star driver and 10-time Raid de Himalaya champion Suresh Rana retiring in Leg 3 with engine troubles.

The situation was similar in the Moto category; Santonlino Lorenzo was the only TVS rider to survive the rally, while Santosh retired for precautionary reasons after falling off the bike in the marathon stage.

With the big three makers enduring their worst individual and collective results for years, privateers took the opportunity and marched towards victory in both Xtreme and Moto categories.

One would expect all three manufacturers - if Hero does take part - to return to the sharp end of the pack in Dakshin Dare, but Mishra and Mare’s wins would boost the confidence of privateers who were otherwise dissuaded by manufacturer presence.

Rallying under the stars - night stages in Desert Storm