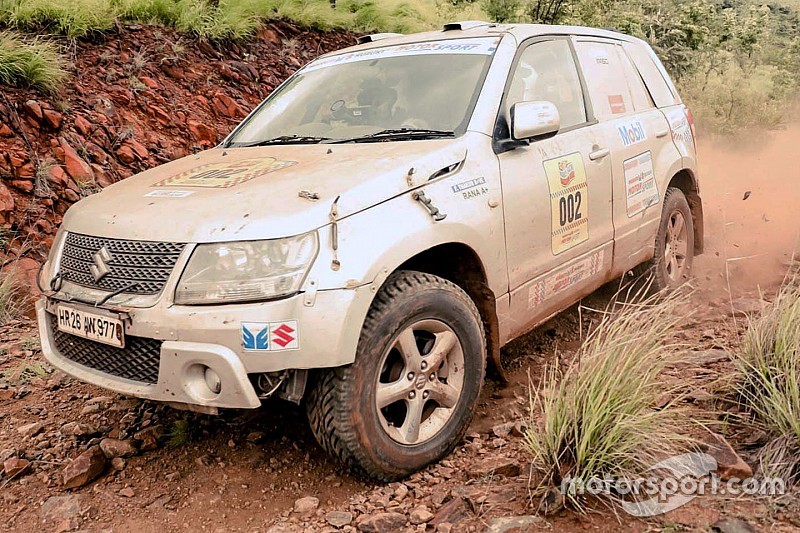 But the nine-time Raid de Himalaya managed to fight back in the final leg, eventually winning the rally by 6m06s from Sharma.

“We have won with a lead of just 06m06s, which shows the high level competency witnessed at this year’s Dakshin Dare,’’ Rana said after his win.

“It’s not just about the vehicle anymore, but about presence of mind and driving styles. Sustaining the lead throughout stages is taxing.”

“It’s our first win at Dakshin Dare and we hope the winning streak remains in the forthcoming editions as well,’’ he added.

G Sidhu (co-driver Karanpreet Mattu), who ran in the top five until Leg 4, finished sixth after losing places on the final day but stayed ahead of Sanjay Agarwal (co-driver Venu).

TVS rider Nataraj cruised to victory in the Ultimate Bikes category, dominating the field beating Febin Jose by a comprehensive margin of 45m45s.

Nataraj was the only rider to finish the rally under six hours mark with a total time of 5hr26m33s.

Behind the leading pack, Akash Aital completed the podium, just managing to hold off Eshank Rudrappa by 0.32s over the final line.