When money trumps talent: The curious case of Alessio Picariello 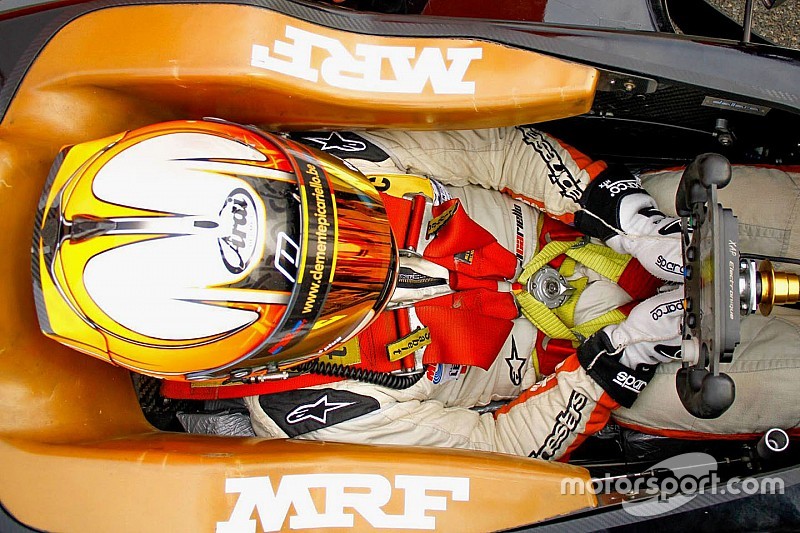 Belgium's Alessio Picariello looked set for a strong career in junior single-seaters, but budget issues have relegated him to a part-timer. Darshan Chokhani looks into Picariello's case.

In the recently-concluded India-based MRF Challenge championship, 22-year-old Picariello made headlines with his fine performances on-track.

The Belgian made his MRF debut in round two of four at Bahrain, where the race was a support event to the World Endurance Championship finale, and Picariello needed no time to adapt.

After the lone practice session - his first time in MRF's Formula 2000 machinery – he topped qualifying and comfortably won the first race from pole. He then started the second race from sixth and won it as well.

In Dubai, he made it four wins from six races, putting himself in the mix to win the title, despite having missed the four races of the opening round in Abu Dhabi.

And while he couldn't make up the deficit in the Chennai finale, he did add yet another win - by over 16 seconds from nearest rival Mick Schumacher.

But even a stint like that, serving as a timely reminder of the Belgian's prowess, does not appear to have given him any career certainty – and is unlikely to herald a return to full-time single-seater competition.

The year after, the Belgian would only get to run five races.

“2013 was a really good season for me and to be honest, even if I knew that it's always hard, I wouldn't have imagined at the time that I would be without a seat in 2014,” Picariello told Motorsport.com. “But that's what happened.”

“My goal was to go in FIA F3, I could have the help of an engine manufacturer and an entry in a junior team if I could find the rest of the budget, but the amount was too big.

“So, I kept trying to find something, but the winter period goes really quick in those conditions and it was too late.

“My chance to race was gone and I was left with just coaching some drivers and also developing the simulator of the team [Mucke Motorsport] I had raced with the year before.”

As for many of his peers in the sport, Picariello faced the ever-familiar plight that is the lack of sponsorship.

“To find sponsors has been really hard in my position,” he said. “Simply because I have no base [funding], I can't bring any amount of money big enough to start, so nobody wants to be the first and take the risk.

“The second thing is the contacts. We've tried and tried, but in my whole career, I've never found a true sponsor.”

Even though Picariello hasn't managed to break into the top flight, he is thankful to his parents for the continuous support.

"My parents did everything they could to support me in my sport and life," he said.

"They could do it until a point, and even when it wasn't normally possible, they did huge sacrifices to push me.

"Their life could have been way better now if they didn't do all that, but they kept and still believe in me. There's no words to describe what they've done."

After being benched for most of 2014, Picariello looked set for another yet on the sidelines when he got a call from a team in Germany.

“I was completely out of racing at that point – not even coaching anymore as it was too hard for me to be there and not racing,” he recalled.

“One day, I got a call from a manager of a big team in Germany. He told me that he had a friend in Asia and they are looking for a fast driver to help his GT team debut in single-seaters.”

The team interested in the Belgian was Absolute Racing, and soon enough Picariello had a drive for the second half of the Formula Masters China season.

In his nine-race stint, he was on the podium in three of the first four races – and then won the remaining five.

He also got to do three rounds of the Asian Le Mans Series, winning at Sepang in the GT class.

“Absolute Racing and that person [who chose to be unnamed] gave me the chance to race again and maybe to start from scratch - a new racing career."

His FMCS performances caught the attention of MRF organisers, and Picariello was on the grid shortly thereafter, showing himself well against a number of big names with international pedigree.

“It for sure helps to race against big names and beat them. [MRF Challenge] helped me to grow up even more and show that I can still be fast in single-seaters,” he said.

“I don't know if it will help but, at least, the other drivers have heard about me. And it's always better to be in front of them than behind.”

In some ways, his MRF performances should come as no surprise for a driver who has made his single-seater bow back in 2010.

But Picariello insists he is no more experienced than the people he battled in the Indian series.

“The problem now, I think, is my age. People see that I'm "old" and think I have a lot of experience.

“I for sure have experience but they forget that I was three seasons without racing, and most of the time I never tested in the winter to prepare for the season.

“So I don't feel and I'm not more experienced than most of them. I'm just older because I have spent a lot of time at home.”

Now that he's gotten a chance to come back, even for a part-time stint, the Belgian thinks his recent achievements speak for themselves.

“Since I have started racing again, I feel I have nearly done everything I could in terms of results.

“I have 16 podiums in 22 races, and 11 wins in three different categories, all of which I had no experience in.

“I'm glad to get the chance and race again in various categories. I don't think I wasted the chance. So, now I think I need a manager to help me and find true sponsors.

“It's always hard to give up dreams, even more so when you win,” Picariello added.

“In my racing career till now, I had nearly three complete seasons without racing. That was really hard but every time I came back, I felt stronger than ever.

“Now, every time I go on a race track, I feel lucky and I enjoy every single moment. It's already a big chance for me to race again so I feel lucky.”

The Belgian has not given up on his single-seater dreams – most drivers never do – but he concurs that a good future outside of open-wheel racing will still be a great success.

“It will maybe... or probably... not happen for me in single-seaters and Formula 1 - but it can go in another direction, which can be as good as F1 for me.

“There are many directions, and trust me, if I can represent a factory in GT or have a drive in LMP or whatever makes me a professional race driver, I will be as happy as I would have been driving in F1 – as long as I'm winning, of course.”

Analysis: How young Indians can climb the motorsport ladder