Tharani’s “heart sank” when Chatterjee was taken out 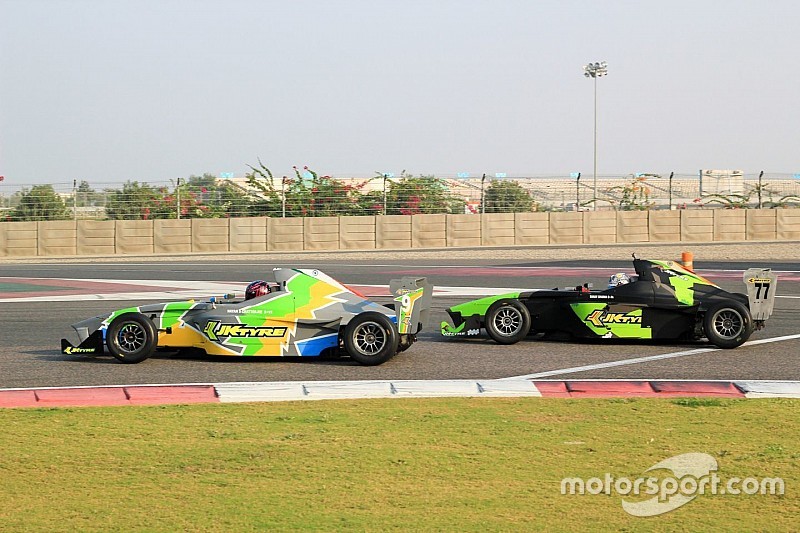 Karthik Tharani says his “heart sank” when he saw title rival Nayan Chatterjee being eliminated in a crash in the JK Tyre National Racing Championship finale at the Buddh International Circuit.

Chatterjee was running in third position when Manav Sharma clattered into the back of him at the start of lap 2, wiping him out of the race and ending all his hopes of winning the championship.

While Tharani was the main beneficiary from the incident as it essentially secured him the title, the Chennai-born racer admitted that he would have rather won the crown after a head-on-head battle with Chatterjee.

“When I saw that incident happen, I was setting up myself for a pass any which way because all the other three cars were compromised on their line,” Tharani told Motorsport.com India.

“When that crash happened my heart just sank a little bit because I was like ‘OK, that is just stupid from the car behind Nayan and absolutely not required'.

“And it felt almost really silly because I was like ‘shit, there goes a fight’." 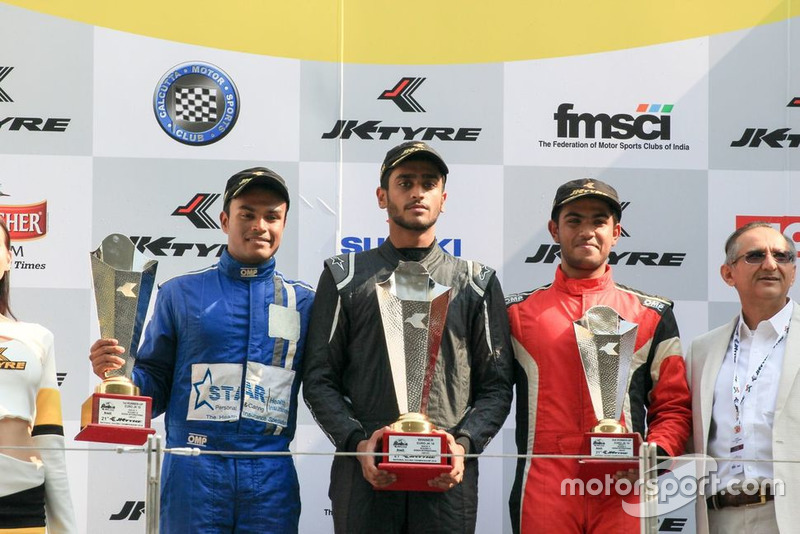 After Chatterjee’s retirement, Tharani merely needed to finish inside the top eight to bag the championship.

But he instead went on full-attack mode, passing Bryan Perera and Yash Aradhya in a single move at turn 5 to clinch the title with an emphatic win.

“I saw Nayan’s car just being bumped off,” he said. "So I couldn’t really see the extent of damage. So I thought he has a chance of rejoining the race.

“So for me the only thing was ‘he’s still on the track, there is a safety car, absolutely he has the pace advantage to beat the other drivers so I better get to work now’.

“So I had this strange feeling that he’s still in the pack. I even checked my mirrors a lot, I couldn’t really see him.

“People were expecting me to back off but I just did exactly the opposite.

“I put the foot down because the best place is to be is in the lead. Because if the grid is a touch away then everyone’s fighting.

“When you are fighting, stuff can happen. Yeah, I just had to put my head down and go for it. Thanks to the safety car, I saw bryan and yash dice, I was like let’s do this in one move and made this stick.”

Despite losing the title in unfortunate circumstances, Chatterjee was the first to congratulate Tharani once he stepped out of the car in parc ferme after scoring his sixth win of the season.

Chatterjee: "I was crowned champion in people's eyes"