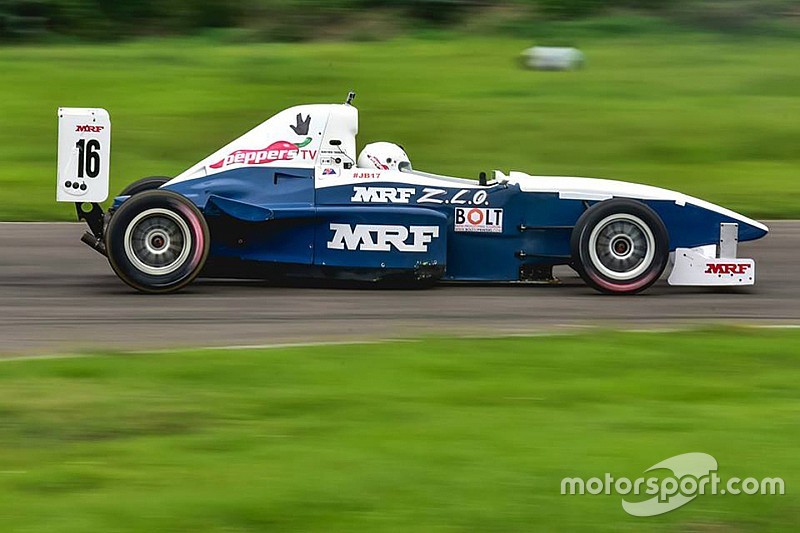 Tharani, who is dovetailing his duties in MRF Challenge, set a laptime of 1m41.415s, with Narendran 0.871s behind in second place.

Sandeep Kumar and last year’s runner-up Goutham Parekh finished a joint third, with a time of 1:42.425. Parekh led the timesheets briefly but fell down the order as the session progressed.

Further back, Raghul Rangasamy was fifth fastest, 1.724s down on pacesetter Tharani, with returnee Lee Keshav not far behind in sixth place.

Volkswagen Vento Cup graduate Anindith Reddy was seventh on his single-seaters debut, ahead of Sudharshan Rao and Tejas Ram.

Actor/racer Jai Sampath completed the top 10, but was 2.758s off the pace.

The female sister duo of Neha Dabas and Ria Dabas brought the rear of the field, having lapped the Madras Motor Race Track in 2m06.923s and 2m09.130s respectively.

During the session, some drivers went off the track while one sustained a puncture due to unknown reasons.