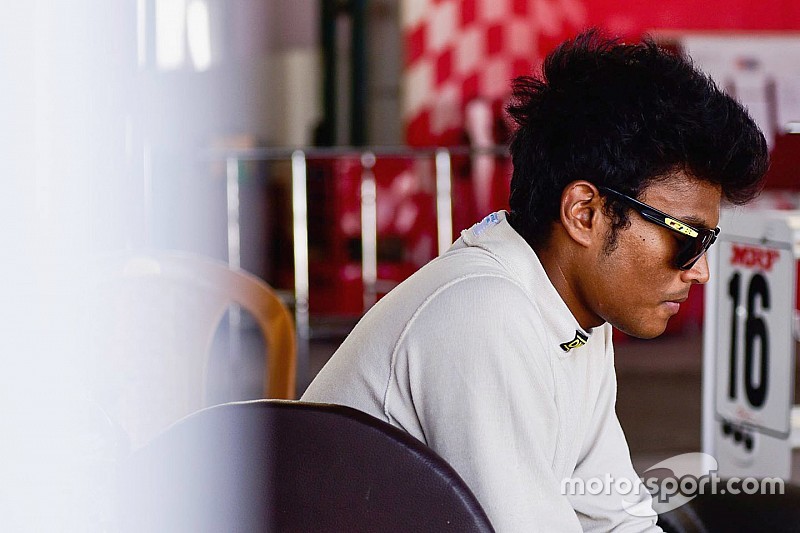 Defending MRF F1600 champion Karthik Tharani admitted that his idea of pushing all-through for race wins, ultimately led him to lose the championship by 10 points to Vikash Anand.

Tharani had four wins when Anand arrived to the scene in Round 2 of the championship, and after that the latter took six wins to the former's two, eventually leading Anand to the title.

Explaining to Motorsport.com, as to where he lost the championship, Tharani said: "At first the all-race winning intensity helped me with four race wins on the trot, but it led to problems then after.

"In Round 2, the two races on Sunday were a disaster with ninth and eighth place finish, after separate collisions with Anindith Reddy (in Race 3) and Raghul Rangasamy (in Race 4).

"Thinking back, had I calmed down and accepted the non-wins results, I would have won the championship easily. I lost more than 30 points in those two races alone," rued the Chennai-based driver.

Even with Anand taking two back to back wins, Tharani had the upperhand in the championship still, but Round 3 proved to be a decisive factor, where Anand brought himself right in the mix.

With the Madras Motor Race Track still fresh from its re-laying, the lack of curing time led to issues for the drivers, especially Tharani as he lost control and crashed out in qualifying.

"The track was relaid and it didn't have enough time to cure and caused a lot of problems. It was a gamble in those conditions," the Volkswagen Vento Cup tester said.

"The crash in qualifying put me in a huge disadvantage as I started last for Race 1 and Race 3, but salvaging points with seventh, fourth and fourth in three races kept me in the title hunt.

"Although, I would say I was more unhappy with round two than round three, as the track conditions was same for all," the Indian added.

Eventually, with Anand eking four more wins in the two rounds with Tharani managing only one, the former captured his maiden title and the laurels to go with it.

When asked the reason for him unable to recapture the trophy, Tharani believed it was down to him piling more pressure on himself, carrying the burden of being a defending champion.

"I came into the campaign as a defending champion and it always adds a little pressure to it," he started.

"It's only when I started to pile the pressure on myself to end every practice on top, every qualifying on pole, and win every race, it created double-thoughts.

"And anything less than that was a huge disappointment. That shift in mentality caused the problems, I think," he said.

Nevertheless, Tharani was in all praise for Anand, Rangasamy, Reddy and Sandeep Kumar - the top five in the 2016 season.

While thanking MRF, JA Motorsport and MMSC for another season, the youngster is now working to compete in MRF Challenge, as well as looking in international GT and Touring car racing.

"I am working towards a budget for MRF Challenge. Along with my brother [Prashanth Tharani], we are also looking at some GT and touring car programmes. That's the main focus."