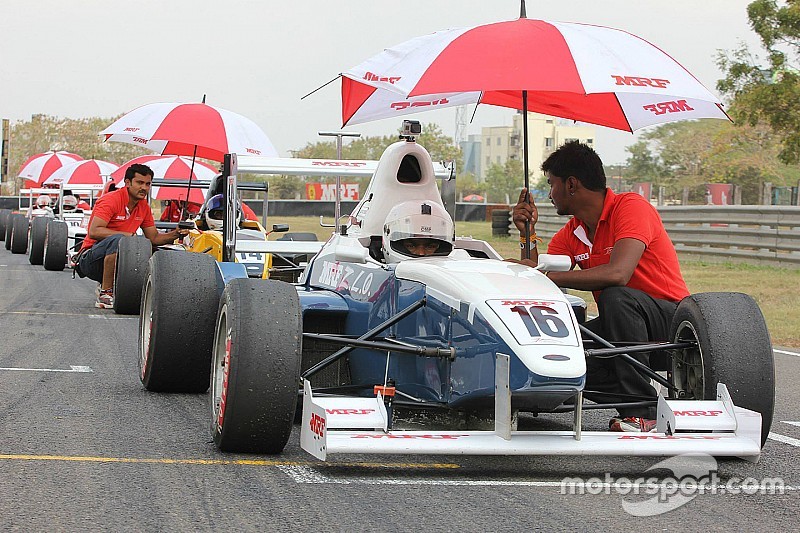 Karthik Tharani’s strong form in practice continued in qualifying as he took pole position for the first round of MRF F1600 in Chennai.

Tharani, who is the defending champion, was the only driver to dip below 1m41s, setting a time of 1m40.761s.

2015 Volkswagen Vento Cup winner Anindith Reddy will start alongside Tharani in second place, having set a time of 1m41m.197s.

Reddy survived an off at the start to slot himself into second putting himself in the contention to challenge Tharani for a win.

Raghul Rangasamy and Tejas Ram will share the second row of the grid, with the two drivers separated by just over a tenth of a second.

Further back, Goutham Parekh was fifth quickest in qualifying, ahead of Sandeep Kumar.

Chetan Korada and Anshul Shah completed the top 10, while Ria Dabas and Nehas Dabas filled the bottom two spots in the timesheets. Siddharth Potharaju failed to set a laptime.

The 15-minute qualifying session was halted twice, with Shah inflicting one of the two red flags.