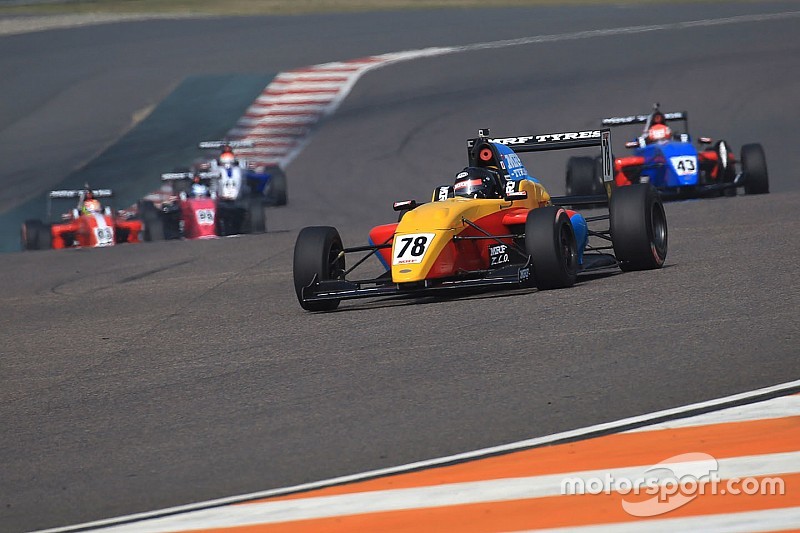 Red Bull junior drivers Dan Ticktum and Neil Verhagen feature on the MRF Challenge entry list for the final round of the 2016/17 season this weekend at the Madras Motor Race Track.

Ticktum, who returned to competitive racing in 2016 after serving a one-year ban, will race in Chennai alongside his Red Bull counterpart Verhagen.

Both drivers will get valuable track experience ahead of their 2017 campaigns in Formula Renault, where Ticktum will race for Arden while Verhagen teams up with MP Motorsport.

In the title-deciding MRF weekend, Joey Mawson will be out to capture the title, as the Australian leads the standings with 211 points to his name after three rounds.

The 2016 German F4 champion is chased by Harrison Newey, who sits 27 points away from Mawson, while Mick Schumacher is third, a further 11 points behind.

Both Newey and Schumacher took podium finishes at Chennai last year, and are familiar with the 3.717km track - unlike Mawson, who will have to come to grips with the circuit.

Behind, Brazil's Felipe Drugovich has Estonian Ralf Aron on his tail with 15 points between the two, the latter still in the hunt for a top-four finish despite missing a round.

Meanwhile, joining Ticktum and Verhagen this weekend will be reigning Formula 4 South East Asia champion, Presley Martono, who missed the last round due to visa issues.