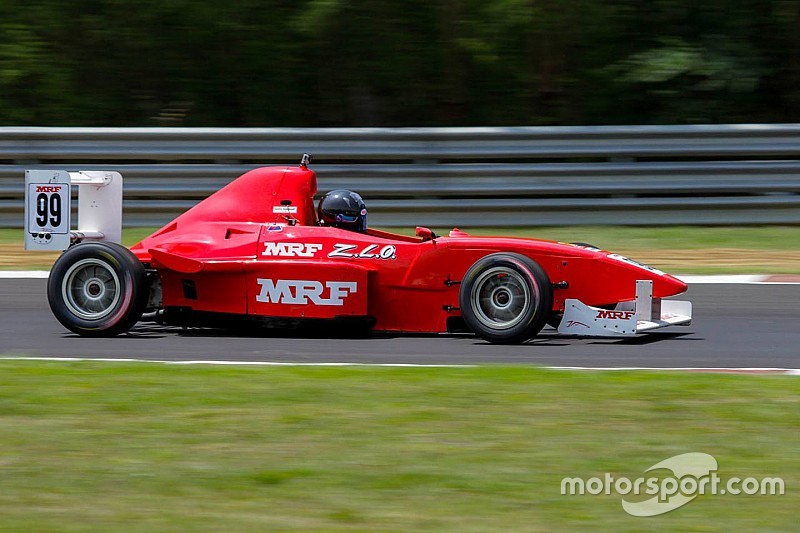 Raghul Rangasamy says he is happy to have bettered his pre-season target of a top finish in his maiden MRF F1600 season, after ending third in the standings.

The Mahabalipurm-based was placed behind winner Vikash Anand and runners-up Karthik Tharani, and comfortably ahead of fourth-placed Anindith Reddy.

Talking about the season, the 23-year-old said he surprised himself with a top three finish. "When I started the F1600, it was supposed to be my training year and my target was a top five finish," he told Motorsport.com.

"But I managed to get on top of that and go further to finish in the rostrum position. So I am quite satisfied with my performance."

Though Rangasamy managed seven podium finishes, he missed on an elusive win - the only glitch in all but a satisfying season.

"It was a very good fight between all of us, they are more experienced and I learned a lot of new things racing against them, though missing on a race win was a bit disappointing," he said.

Rangasamy is slated for one-round drive in the MRF Challenge (subjected to confirmation from the organisers), but the Indian reveals that he is not looking for a full season, as he believes he is not ready yet.

"Currently, I am not aiming to do a full season of F2000 because I think I need more practice in those cars," he started."I am still not used to the sequential shift and cars with lot of aero."

The top three finish becomes noteworthy as Rangasamy dovetailed his F1600 season, alongside F1300 championship and the Super Stock category in the Indian Touring Cars - where he clinched the titles.

"It is always special to win a championship," he said. "And winning the first title is something that we cannot forget and I was lucky to make it a double."