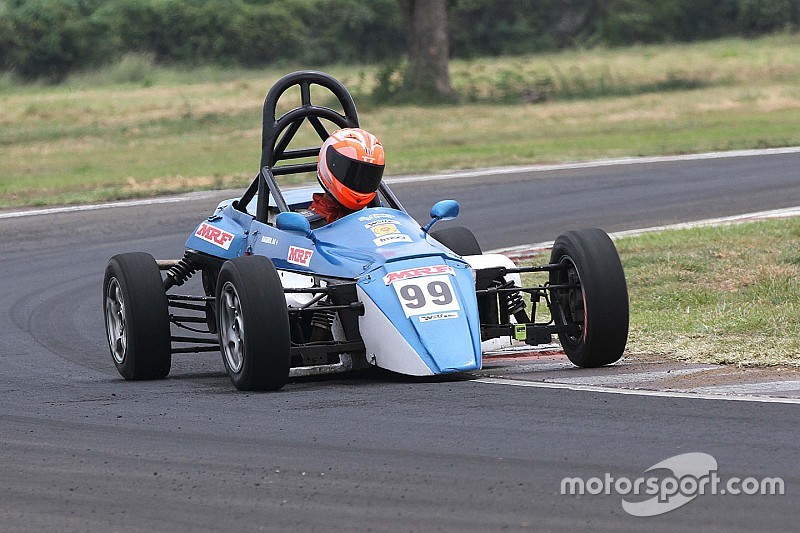 Wallace Sports’ Raghul Rangasamy swept the 2016 F1300 Rookies Cup title, dominating with seven wins in 10 races, and only finishing outside the podium twice in the entire season.

Rangasamy, a seasoned racer who left MBBS midway to pursue motorsport, started the season with a bang, taking a hattrick of wins in the first round in Chennai.

His fortunes nosedived in Coimbatore, where he could score only a single podium finish across three races.

His average run allowed Tejas Ram to take the initiative, with the 19-year-old picking up two wins and a podium finish to firmly become a title contender.

However, Ram had little to rejoice as Rangasamy was back to winning ways in the next round, dominating both the races in Chennai to extend his lead in the drivers standings.

He emulated his results in the season finale, that also took place in Chennai, to comfortably take the title by 26 points from Ram.

Rangasamy’s achievements are worth noting, given he was also racing in MRF F1600 and Super Stock (touring cars) - winning the title in the latter.

Apart from Ragasamy and Ram, Momentum Motorsports’ Arya Singh was the only other driver to pick up a race win with Vinesh Chand and Venkat Teja notching up podiums respectively.

However, his victory couldn’t prove enough to beat Alex Bora to third place in the drivers' standings, while Rakesh Ramkumar and Chand rounded-off the top five among 11 young Indians.