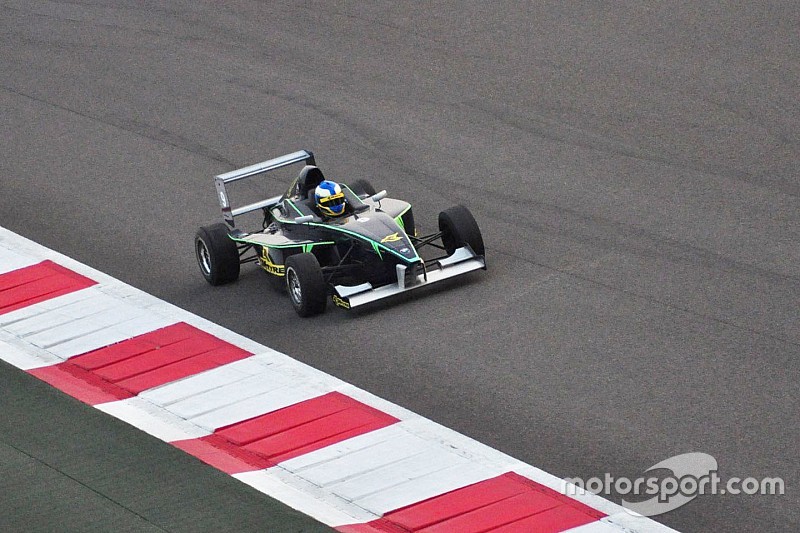 A busy travel week for Rabindra from Brands Hatch in UK to Kari Motor Speedway in India but that didn't deter the young Indian's speed as he ended on pole for Saturday afternoon and Sunday's morning JK race.

Rabindra was fastest with a lap of 1m05.359s for race one while his second best lap was still faster than his 12 competitors with a time of 1m05.501s.

Ananth Shanmugam slotted in at second for both the races as he was 0.162s off Rabindra (best timed lap). In third was Nayan Chatterjee starting from the second row for the first two races.

Dhruv Mohite was fourth fastest for the first race but in the second race, he drops one place to start fifth. Vishnu Prasad completed the top five for race one and will start fourth in race two.

The rest of the field had Karthik Tharani at sixth, Diljith TS seventh, Italian Costantino Peroni eighth, Kush Maini ninth and Akash Gowda 10th for race one of the weekend.

The top eight were covered within a second of each other as the competition heats up in Coimbatore.

Full qualifying result (for race one):

Gear up for the JK Tyre championship

Rabindra take winning honours in race one of JK Tyre