Rabindra bounces back to win final race of Coimbatore weekend 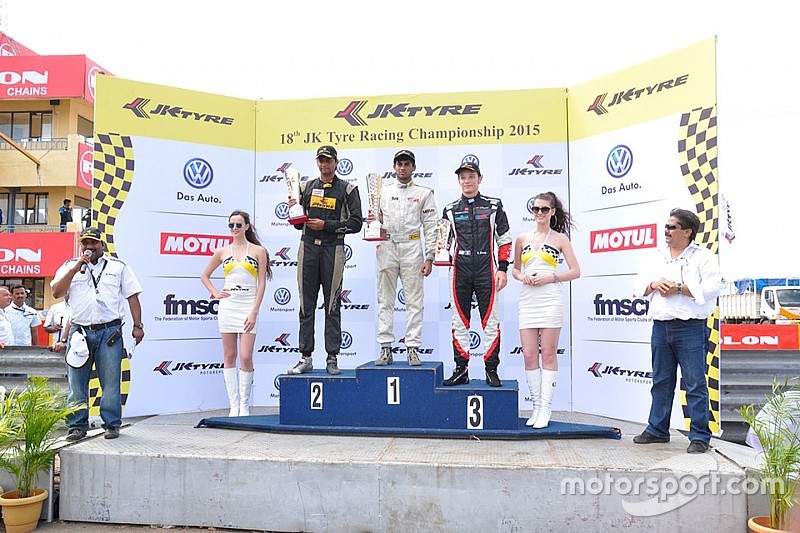 A good start propelled Rabindra to second place in a race that saw as many as four drivers battling it out for the lead.

Rabindra the quickest off his rivals lined a move on the outside of polesitter Sandeep Kumar at turn one. The move, however, backfired, dropping Rabindra to fourth behind Kumar, Kush Maini and Prasad.

With Kumar and Maini falling down the order, the final race of the first round of JK Tyre’s FB02 championship turned into a two-horse fight between Rabindra and Prasad.

In the end, it was Rabindra who took the top honours, with guest racer from Italy Costantino Peroni, completing the podium.

Prasad recorded the fastest lap of the race with a time of 1m05.204s, a second place finish after winning race two earlier in the day.

Diljith was closely followed by Akash Gowda and Nayan Chatterjee - both eager to make an impressive after retiring in race two earlier today.

An eighth place finish brought to end a torrid weekend for Karthik Tharani who is enjoying far better fortunes in MRF 1600.

Meanwhile, Ananth Shanmugam and Dhruv Mohite brought the rear of the pack and finished ninth and 10th respectively.

The second round of the JK Tyre Racing Championship will be held at Coimbatore’s Kari Motor Speedway on the first weekend of September.

Who will be crowned National Racing champion?