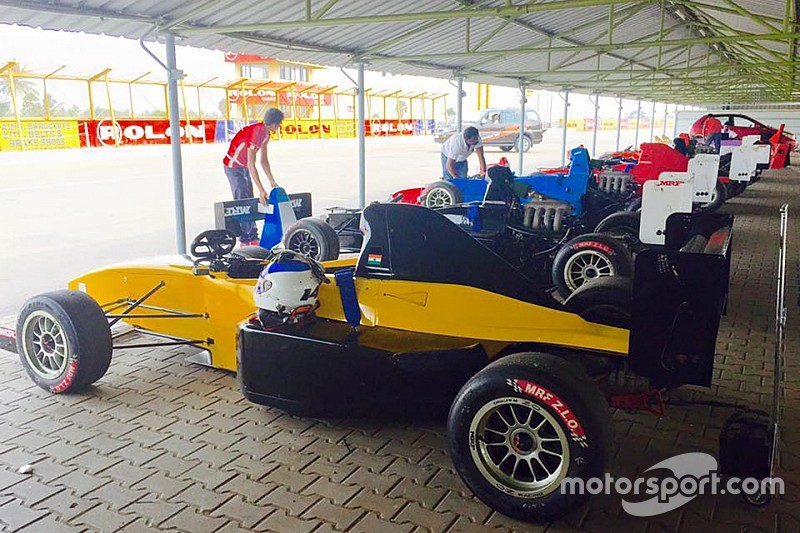 Kari Motorsport Speedway played host to the MRF Formula Ford 1600 pre-season testing with as many as nine drivers participating in it.

The testing was scheduled for January 12 and 13 at KMS, two weeks ahead of the season opener at Madras Motor Race Track in Chennai.

Speaking on the testing, Korada said: "The two days was to get comfortable with the new car and improve my lap times."

Narendran was happy with how things went. "The car is very good, I was able to do good lap times, overall, testing has been good," he said.

With Vento Cup switching to MRF in 2016, more drivers from its 2015 season tested including the sister duo of Neha and Ria Dabas and podium finisher Sahil Gahuri.

For Neha, it was a brand new experience, driving single-seater for the first time. "I am glad I came for the testing," she said.

"It was my first time in a single-seater car and these cars are much quicker, and powerful than any other race car I've driven before.

"It is physically more demanding, you need to have strong neck and core muscles to fight all that wind pressure," she continued.

She was visibly thrilled after the testing. "No doubt it gave me the excitement and adrenaline rush that I've always been wanting to experience," she added.

"The dynamics of this car is completely different from that of the touring car I've driven, its incomparable. Also these car are much more faster in the corners.

"Its a pure race car built for pure racing. I had a good amount of track time to get acquainted with the car," she ended.

The 2016 season will start on January 29 with races in March, June, July and August having two incentives for the winner, with a Road to Indy shootout shot and a full MRF Challenge season.