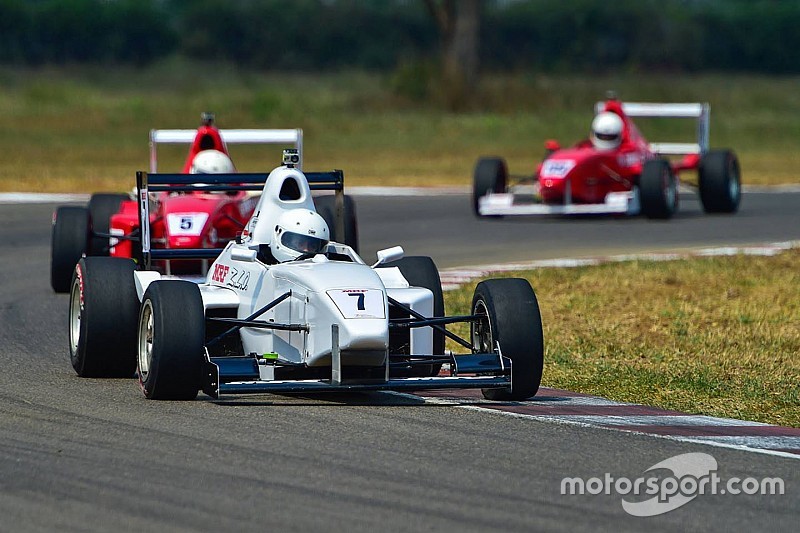 The 2016 season of MRF F1600 resumes in Chennai this weekend, with four races constituting the second round of the championship.

Defending champion Karthik Tharani arrives at home turf as the clear favourite, having completed a clean sweep in the opening round.

His dominance, however, might be threatened by the consistency of Volkswagen Vento Cup graduate Anindith Reddy, who notched a double podium finish last time out at the same venue.

Goutham Parekh, who narrowly lost last year’s title to Tharani, will be looking to turn the tables in his favour this weekend, after a poor showing in the opening round.

Among other contenders, two-time Indian Touring Car Champion Arjun Narendran will be aiming to establish a stronger foothold in single-seater racing, having accumulated further experience in MRF Challenge.

Former LGB driver Raghul Rangaswamy put on a respectable show on his MRF 1600 debut and would be looking to carry forward his fine form.

Rangaswamy was classified within half a second of race-winner Tharani in the second race, having finished fourth in the previous race.

Missing from the list are sister duo Neha Dabas and Ria Dabas, who had a tough first outing, back in January while Vikash Anand and Vaibhav Parker joins the fray.