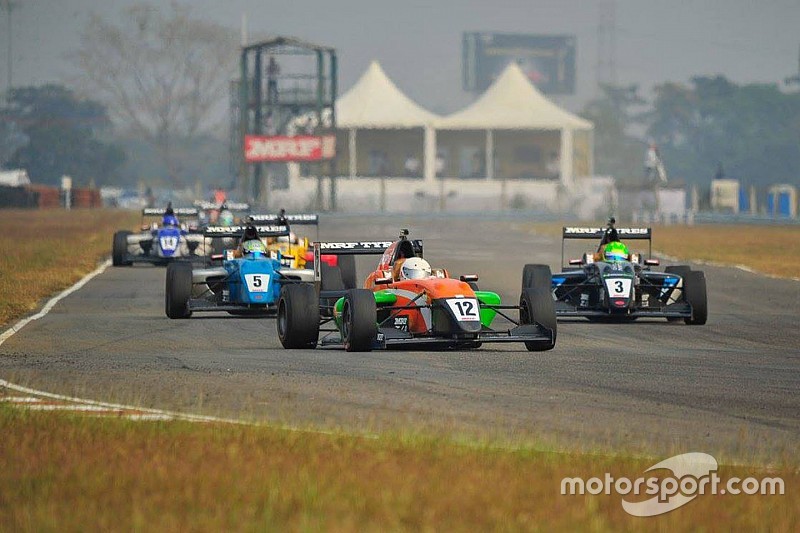 The recently-concluded MRF Challenge comprised mostly of international drivers, who have experience of racing in top single-seaters championships including F3 and GP2.

While Tharani says participation in F2000 was a welcome opportunity to learn racing against the foreign drivers, their superior skills helped Indian drivers set a benchmark for themselves to grow as a professional racer.

“When you are racing with the guys from Europe, you really know where the level is. What sort of driving style they follow,’’ Tharani told Motorsport.com in an exclusive interview.

“The guys who came and raced here, they pretty much race every other weekend, testing cars, racing all sorts of high-end machinery.”

“The competition is really high compared to the Indian standards. At the end of the day, it’s a reality check.

Tharani was one of the three Indian drivers to take part in 2015/16 MRF Challenge, along with former MRF F1600 champion Tarun Reddy and two-time Indian Touring Car Champion Arjun Narendran.

Tharani, who won last year's F1600 championship, believes consistency is one area where Indian drivers lack in comparison to those coming from abroad.

He also pointed out how important it is to rack-up as much mileage as possible to cut down on mistakes and hone one’s skills.

“It’s about the amount of driving that you have to do to keep at that level they are performing. You just have to keep driving cars and constantly testing and working with a lot of teams that really make a difference,’’ he said.

Tharani admits he exerted too much pressure on himself to show his capabilities at home turf, which led to unnecessary mistakes in the final round of MRF Challenge.

“I think it was just pressure from myself to perform better. Because it was Chennai and I really wanted to show some good results,’’ he explained.

“I kept on doing mistakes that weekend. It was not the pace that mattered, it was about putting consistent lap times.”

“We were actually right there. In qualifying - P9 in one, P8 in the other.”

“There was some really good racing. Specially, race three where I was seventh. At one point I was right behind Alessio Picariello, and actually doing faster times than Pic.”

“The results should have been a lot better. Definitely, top 10s. But you have to keep pushing. I can’t really back off and race.”

“Hopefully, I can use those mistakes to become a better driver,’’ he added.