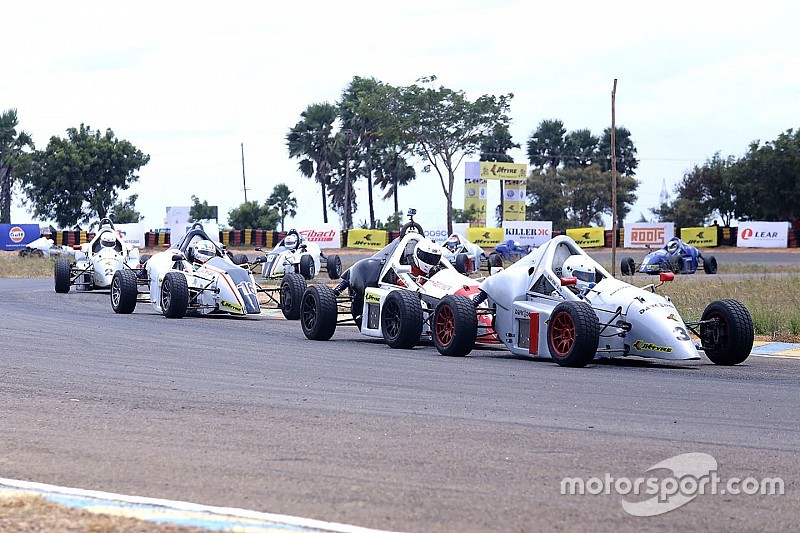 The newly-formed entry-level series will start this weekend at Kari Motor Speedway in Coimbatore and will run for 10 rounds during the season.

The one-make championship will run the LGB 1300 cars, made and developed by Meco Racing, as a bridge from karting to single-seater racing.

The race weekend will feature motorcycle races as support race, with four classes including one for ladies.

FJRS promoter, Akbar Ebrahim said: "Our aim is to help young drivers coming straight out of the Racing Academy and with limited racing experience to showcase their skills and book a seat in our Pro Racing Team which takes part in the JK Tyre FMSCI- FLGB4 National Racing Championship.

“By racing in the Junior Series, these drivers will get a lot more seat time to further enhance their skills and prepare for the National Championship where they will be competing against experienced drivers.

“In addition, the top three finishers get a substantial scholarship in terms of free drive in the National Championship with Team Meco Racing," he added.

“The drivers will have assistance from four experienced driver/coaches who are current and former National champions.

“To add more excitement to the weekend, Meco is also running a few support Motorcycle races with four different classes and the entries for which have exceeded 50.”

The release confirmed 12 driver-list for the inaugural year with two overseas drivers from Sri Lanka and Sneha Sharma, the lone female racer.

The winner of the series will get a scholarship drive for JK Tyre LGB 4 class with Meco Racing with second place finisher earning two free rounds and third place, one round.