Gear up for the JK Tyre championship 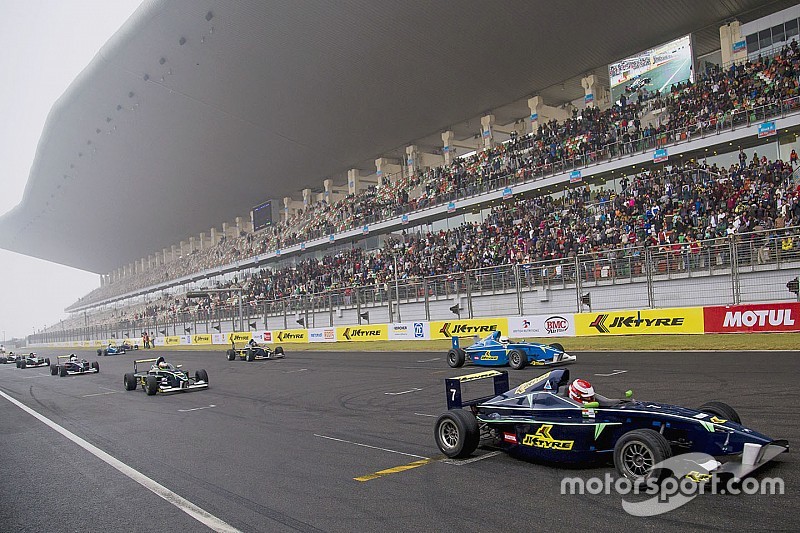 The 18th JK Tyre Indian Racing championship will start this weekend at the Kari Motor Speedway in Coimbatore.

The season will be spread over four rounds with the first two happening at KMS while the final two to be held at Buddh International Circuit.

Along with the single-seater championship, the weekends will also see the touring car Volkswagen Vento Cup series.

Alessandro Ferrari will be the Race Director of the championship whereas seven times National Champion Hari Singh will ensure the safety of the participants.

This is the third year for the championship in its new avatar and features the extremely powerful FB02 cars with a Mygale chassis powered by a 1.2 litre BMW bike engine.

JK Tyre works along with the world-renowned racing team, Team Euro International from Italy. The season will have 12 races with the grid comprising of champions of the National Karting Championship, Volkswagen Polo Cup (2014) and Formula LGB 4.

This year, JK Tyre has also reserved seats for two experienced young international drivers who will be competing against the Indian drivers.

The overall champion will get to test in Formula 3 with Team Euro International.

Tharani happy to come out victorious after a gripping Race 2