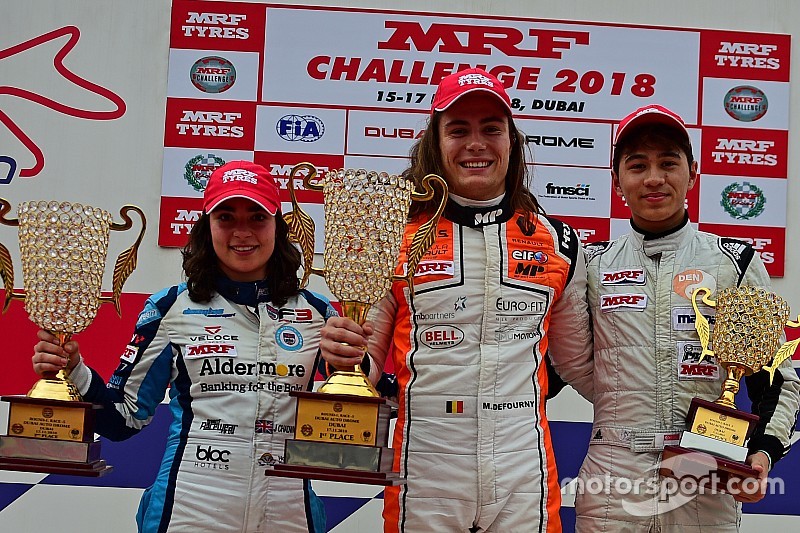 Max Defourny leads the 2018/19 MRF Challenge standings after the opening round of the season in Dubai.

The Belgian driver started the first race of the day from pole position but slipped down to fourth, with Germany’s Andreas Estner taking advantage of the situation to rise up to the lead.

Estner would go on to win the race by a comfortable margin of 1.038s from former British GT champion Jamie Chadwick, with Defourny recovering from his poor start to claim the final spot on the podium.

Petr Ptacek held on to fourth by just 0.335s from Michelangelo Amendola, with Patrick Pasma finishing another six tenths behind in sixth.

That result gave Pasma the pole for the reversed-grid race 4, with the Finnish driver pulling out a comfortable advantage in the opening laps.

Defourny, meanwhile, started charging up the pack after starting fourth on the grid, reeling down Race 3 winner Estner early on before breezing passing Amendola for second on lap 5 of 10.

By that time Pasma had built up a 2.5s lead, which, despite Defourny’s best efforts, turned out to be too big to bridge in the second half of the race.

Pasma eventually won by 0.576s from Defourny, with Amendola scoring his first podium of the weekend in third.

Race 2 winner Danial Frost was classified fourth ahead of Chadwick, who dropped to eighth at the one stage but recovered to score a healthy bag of points. 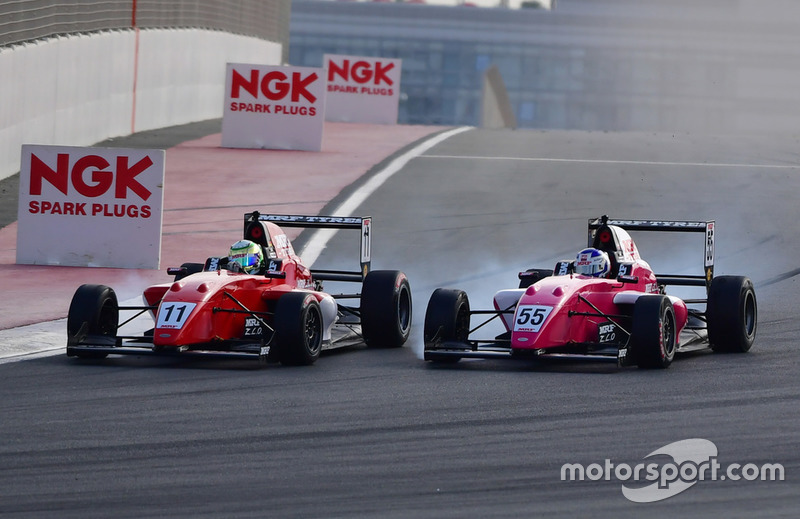 Defourny qualified on pole for the last race of the weekend and got off the line well this time around, immediately building a small advantage over second-place starter Chadwick.

He increased the gap steadily despite being on worn tyres, eventually winning by nearly 10 seconds.

“I think I could have done better and won a couple of more races,” he said. “I made a few mistakes, but more important was that I picked up points at the start of the championship.

“My win in Race 5 was far more satisfying than that in Race 1. I won more comfortably and on tyres that I had used in the previous four races.”

Chadwick didn’t have an answer to Defourny’s pace, but did enough to finish second - and holds the same place in the championship going into the second round in Bahrain.

Frost finished on the podium for the first time since his Race 2 win yesterday, with the result elevating him to third in the drivers’ standings.