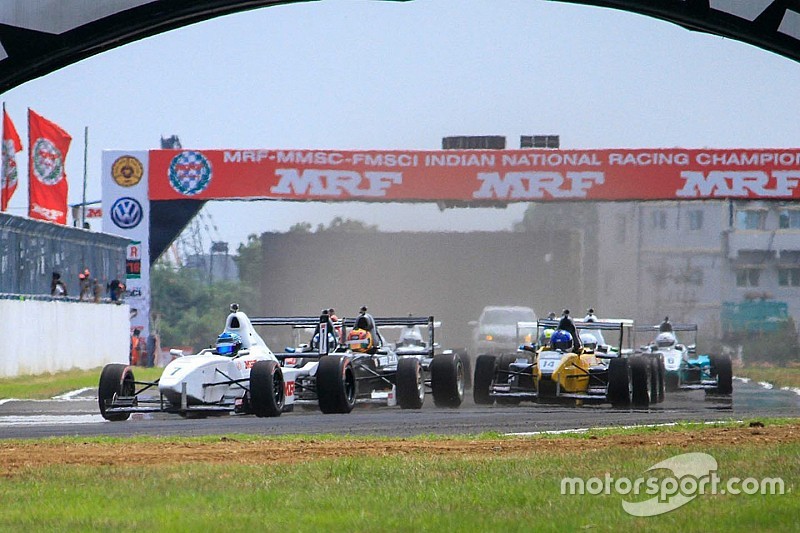 Several drivers have expressed their dissatisfaction that only Chennai's Madras Motor Race Track hosted all rounds of 2016 MRF F1600 season.

The original calendar for F1600 featured six rounds, with races spread across Chennai, Coimbatore and Greater Noida - thereby utilising all the three tracks in the country.

But as it turned out, the diminished calendar saw all four rounds taking place in Chennai, leaving drivers without a chance to drive at the Kari Motor Speedway and the Buddh International Circuit.

Naturally, many top-tin drivers were unhappy to race at only one venue. “I’m not [entirely] happy with it,’’ newly-crowned champion Vikash Anand told Motorsport.com.

“I would have really loved to go at the Buddh Circuit and drive there. And if we were there, I would have been very quick.”

“It is one of my favourite circuits in the world. I was one of the first ones to go out on track, even before the Formula 1 cars went out in 2011. It’s a very special place for me. I have a couple of wins there too,’’ he added.

2015 champion Karthik Tharani suggested that it would have been better off to hold the third round in Coimbatore, when the new layer of asphalt in Chennai was not quite ready for racing.

“It's always bad to have the championship at only a single venue,’’ he told Motorsport.com

“I'm sure there should have been a reason with the organisers for skipping Coimbatore and Buddh, but from a driver perspective it is better to have a championship spread out over different venues to make the championship more interesting.

“Especially Round 3 when the Chennai track was not in optimum state, maybe could have had that round in Coimbatore.”

Another top driver added: “I’m very disappointed because the original calendar had three different tracks. Being limited to one track - and we did 12 races there - it became a little repetitive.

“Buddh would have been really nice because this car comes alive there - that’s what I’ve been told and what I can imagine.

"Basically everybody was slightly disappointed we were limited to Madras. We had mentioned this. JA Motorsport also wanted to go to Buddh and Coimbatore, mainly Buddh.

“I guess there were some cost involved, which to a certain extent drivers were willing to bear, as far as my knowledge goes,’’ he explained.

The F1600 is not the only Indian championship to not run on all the tracks, the Euro JK series run by JK Tyre too, races only at KMS and BIC, skipping the MMRT for few years now.