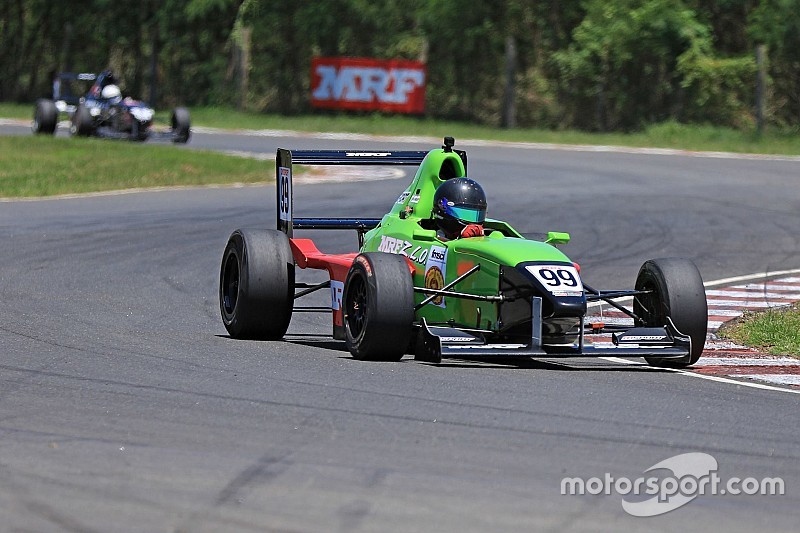 Raghul Rangasamy clinched the 2018 MRF F1600 National Racing title by finishing third to Nayan Chatterjee and Goutham Parekh in the final race of the season in Chennai.

Rangasamy started second on the grid and immediately started pressuring pole-sitter Chatterjee, making several attempts at passing him for the lead.

Meanwhile, Parekh, who trailed Rangasamy by 11 points heading into the season finale, dropped to eighth after contact with Sandeep Kumar.

However, he managed to claw his way back up to third by half distance, and when Rangasamy lost momentum in another valiant attempt to overtake Chatterjee, he breezed past him to move up to second.

Parekh then set about chasing Chatterjee for the win, but the Mumbai-based driver turned out to be too quick for him as he scored his second victory of the weekend.

Rangasamy finished over a second behind Parekh in third, but 15 points were enough to bag him the MRF F1600 title.

Sandeep Kumar, who suffered a huge crash with Karminder Singh in Race 2, was classified fourth, ahead of Nirmal Umashankar and Yash Aradhya.

Keith Desouza was next up in seventh, while the top 10 was completed by Ashwin Datta. Bala Prasad and Rupesh Sivakumar.