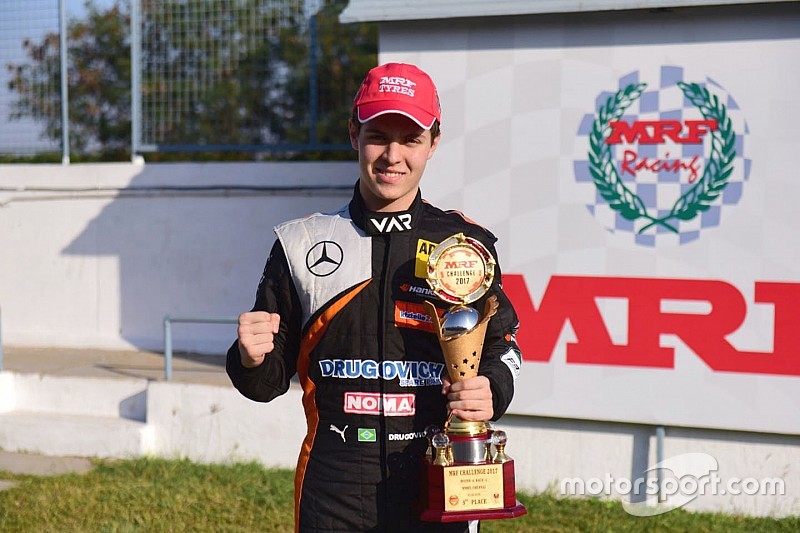 Felipe Drugovich rounded off his title-winning MRF Challenge campaign with victory in the final race of the 2017/18 season in Chennai.

Drugovich got the better of polesitter Rinus Van Kalmthout at the start of the race, and the inside line allowed him to take the lead into turn 1.

Kalmthout immediately launched a counter attack and ran side-by-side to Drugovich at turn 4, but couldn’t find a way past and settled in second position.

Having resisted the early challenge from van Kalmthout, Drugovich disappeared into the distance and went on to claim his 10th win of the season - the highest tally in MRF Challenge’s history.

Robert Megennis finished fourth despite going off on the first lap, the American equalling his best result of the season.

All 18 drivers made it to the flag in what was a largely incident-free race.