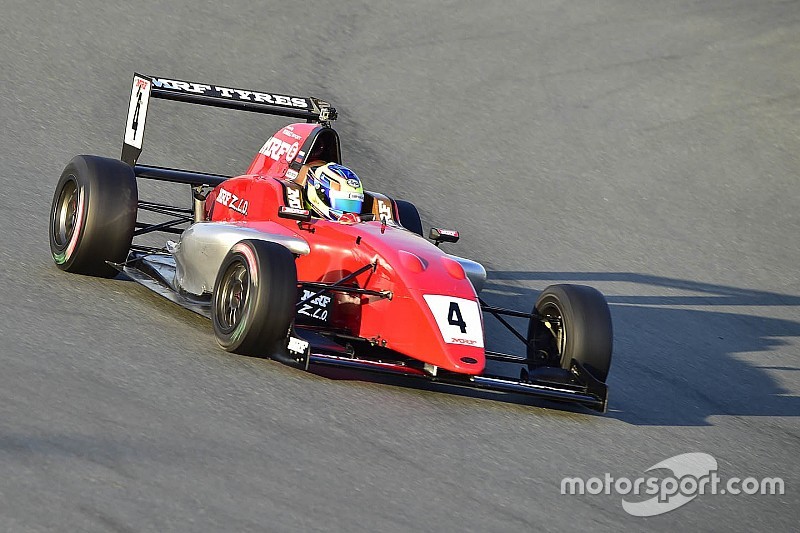 Nikita Troitskiy topped the second practice session for the final round of the MRF Challenge series in Chennai, ahead of debutant Mick Schumacher.

Tarun Reddy led the Indian contingent, setting the third fastest time of the session ahead of title contenders Alessio Picariello and Tatiana Calderon.

Further back, Enzo Bortoleto finished sixth with a time of 1m34.963s, ahead of fellow rookie Aleksanteri Huovinen, whose session proved short lived after his car caught fire on the start/finish straight.

The session was red-flagged briefly for marshals to clear the oil left on the track from Huovinen's car.

Max Fewtrell was eighth in the timesheets, while Indian Karthik Tharani improved upon his morning time to finish ninth and Nerses Isaakyan rounded off the top 10.

Surprisingly, championship leader Pietro Fittipaldi finished close to the rear of the pack in 13th place, only ahead of Laura Tillett and Arjun Narendran.