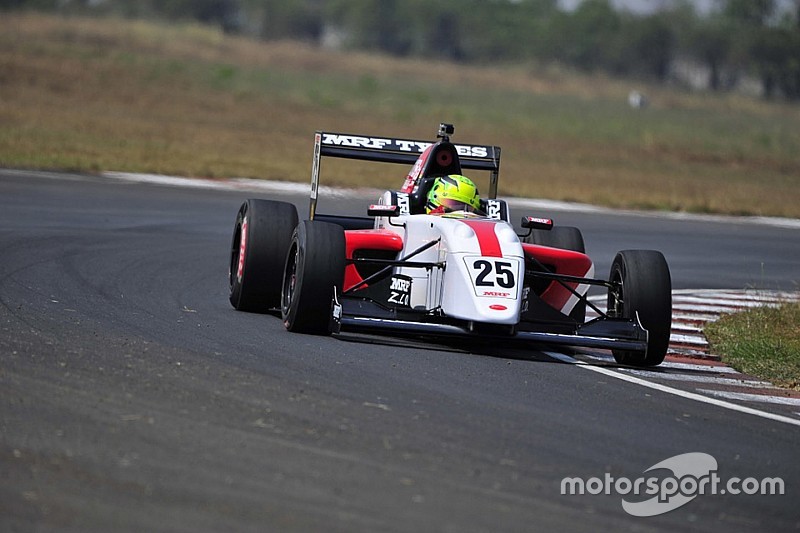 Mick Schumacher clocked the fastest time across the two practice sessions at the Madras Motor Race Track in the season finale of the MRF Challenge.

The German driver, who is trailing Joey Mawson by 38 points in the standings, lapped the Chennai circuit with a time of 1m30.861s in the second session of the day.

Harrison Newey, having topped the first session, ended up was second overall, 0.251s away from Schumacher, while Mawson finished third overall.

Both Newey and Mawson had off moments in FP2, joining the likes of Juri Vips, Manuel Maldonado, Yoshiaki Katayama, Neil Verhagen and Chia Wing Hoong - the latter also crashing in FP1.

Behind the leaders, Vips was fourth ahead of Red Bull junior Dan Ticktum on his MRF Challenge debut, with Felipe Drugovich ending up sixth.

The Top 10 was rounded off by Dylan Young, Verhagen, Ralf Aron and Katayama.