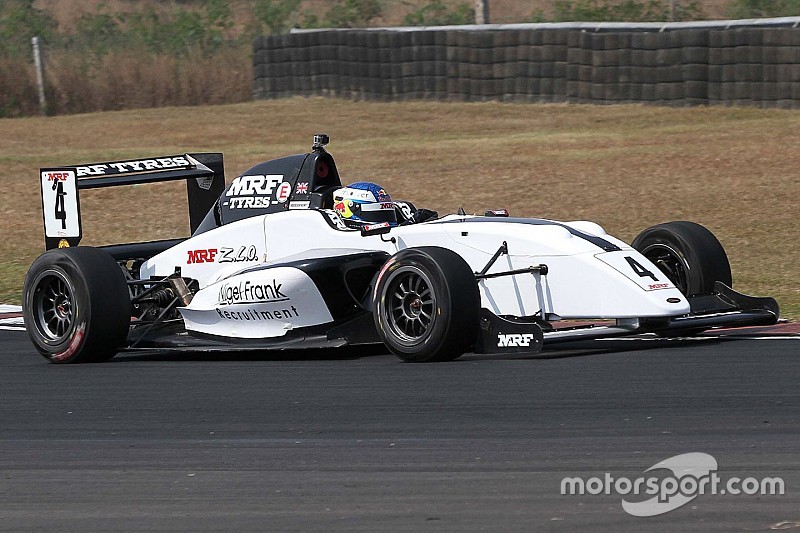 Harrison Newey claimed victory in the third race of MRF Challenge finale at Madras Motor Race Track, taking the title fight to the last race of the season.

Newey made a clean start from pole, as front-row starter Mick Schumacher bogged down two places to fourth, with Juri Vips slotting in second ahead of countryman Ralf Aron.

While Vips was busy defending from Aron and Schumacher midway into the race, Newey had created enough buffer for himself up the road.

The British driver eventually finished 7.913s ahead of Vips, who fended off late pressure from Aron, as the two Estonians competed the rostrum.

Meanwhile, chasing Aron and Vips, Schumacher lost control of his car, crashing onto the tyre barrier at Turn 12. The incident ended the German driver's title hopes as he falls well behind the two leaders in the standings.

Behind, Joey Mawson finished fourth, thereby maintaining his championship lead - but he is now only 12 points ahead of Newey as the title fight heads into the final race of the season.

After losing out to Mawson midway into the race, Red Bull junior Dan Ticktum ended up fifth, keeping Felipe Drugovich at bay.

The other Red Bull junior Neil Verhagen tried hard to pass MRF Challenge regular Dylan Young, but the Australian managed to stay put in seventh by a mere 0.266s.