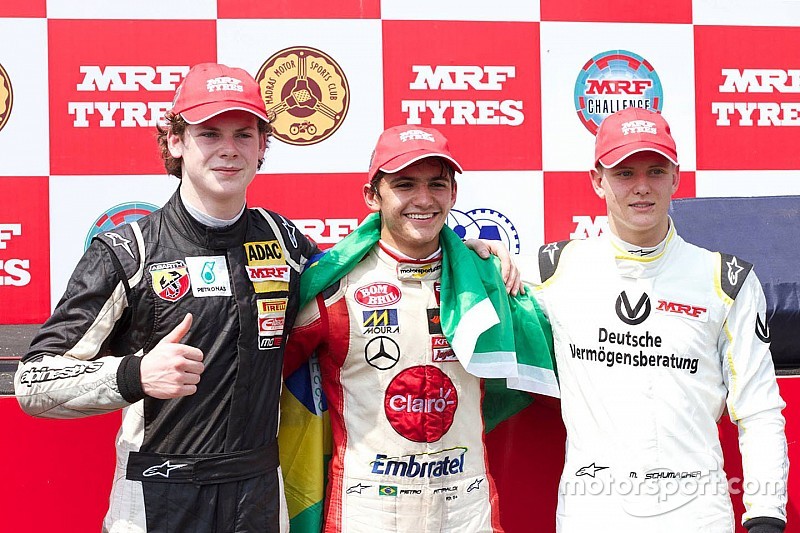 Championship leader Pietro Fittipaldi took a fine win in the opening race of the MRF Challenge finale as Mick Schumacher finished on the podium at Chennai.

Fittipaldi extended his lead in the championship after picking up a win in the first race of the weekend, keeping Harrison Newey at bay for the 15-lap race.

The Brazilian was unchallenged at the start, but Newey started to close in before he ran out of laps towards the end to make a move on Fittipaldi.

Behind the top two, a battle brewed for the final place on the podium between Alessio Picariello and Mick Schumacher.

The young German lost two places at the start after he was pushed onto the grass but drove a good race to leapfrog Tarun Reddy first and then Picariello to finish third.

"I am pretty happy, for sure. The two guys were a bit quicker than I [was] and so they had gone from the start," said Schumacher after the race.

"I had to pass few people first and also managed to get closer to Tatiana Calderon who was quick, I am pretty happy to be third now.

"Yeah, I would happy to show my tricks on the track, I like this track," he added.

Championship contender Calderon improved from her grid slot of seventh to finish fifth ahead of Indian Reddy, who lost three places during the race.