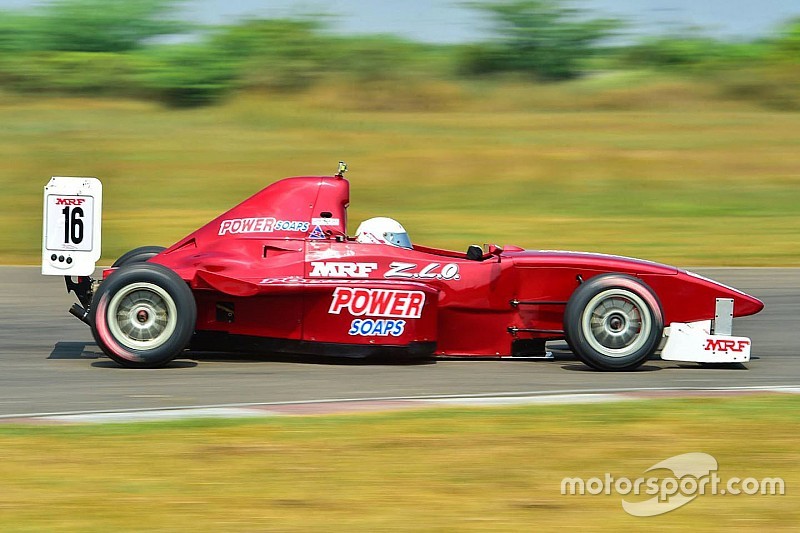 Karthik Tharani dominated the final practice of the second round of MRF F1600, beating the rest of the pack by half a second.

Tharani, who secured a complete sweep during the opening round, lapped Chennai’s Madras Motor Race Track in 1m41.027s, giving a sound impression that he will be the man to beat this weekend.

Sandeep Kumar emerged as Tharani’s closest rival with a time of 1m41.508s, with Arjun Narendran a further three-tenths behind in third place.

Vibhav Parker had a horrible accident as he went straight into a tyre barrier; he was classified 13th, just ahead of Lee Keshav, who suffered a puncture in the session.