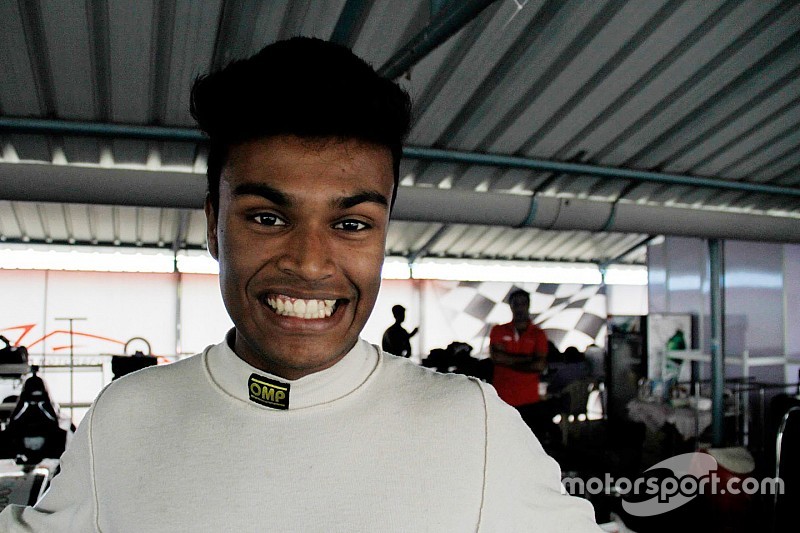 Dfending champion Karthik Tharani finished on top of the timing sheet in the opening practice session of the second round in the MRF F1600 championship.

Tharani's closest competitor Arjun Narendran set the early pace with a time of 1m41.316s, only to be pushed down by Tharani with few minutes left on the clock.

The Chennai-based driver went 0.468s quicker than Narendran with a time of 1m41.316s, both drivers showing the wealth of experience gained from doing the MRF Challenge season.

The top two were closely followed by Anindith Reddy and Sandeep Kumar, both of whom finished within a second of Tharani's time.

Delhi-based Lee Keshav, who made his racing return in the first round was seventh ahead of Tejas Ram at eighth while Chetan Korada and Anshul Shah completed the top 10.