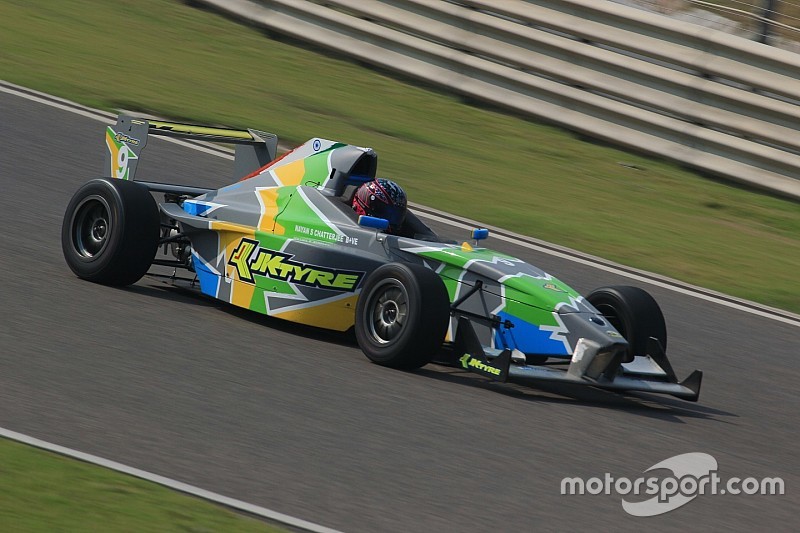 Nayan Chatterjee took a dominant win in the penultimate race of the JK Tyre National Racing Championship to draw level on points with Karthik Tharani at the top of the Euro JK standings.

Following his Race 2 win yesterday, Chatterjee started on pole and immediately pulled away from rest of the field, building a two-second gap on the opening lap.

A safety car - deployed after Kush Maini had to pull at the edge of the track - brought his early advantage down to nill, but he perfected the restart to retain the lead.

He eventually romped to a 10s victory, setting up a thrilling title showdown in the final race.

Chatterjee’s chief championship rival Tharani dropped down from third to sixth on the opening lap, but repassed Sudharshan Rao and Bryan Perera at the SC restart to move back up to P4.

He started the final lap behind second-placed Yash Aradhya and third-placed Arya Singh, the trio separated by just one second.

Singh tried to go around the outside of Aradhya at turn 4 and made the move stick, but Tharani managed to pass both of them to steal second place.

Singh held on to third by just 0.294s, devoiding Aradya a first podium of the curtain closing weekend.

Manav Sharma was classified fifth ahead of Perera, while Ashwin Datta - who headed into the final round as the championship leader - wound up a disappointing seventh.