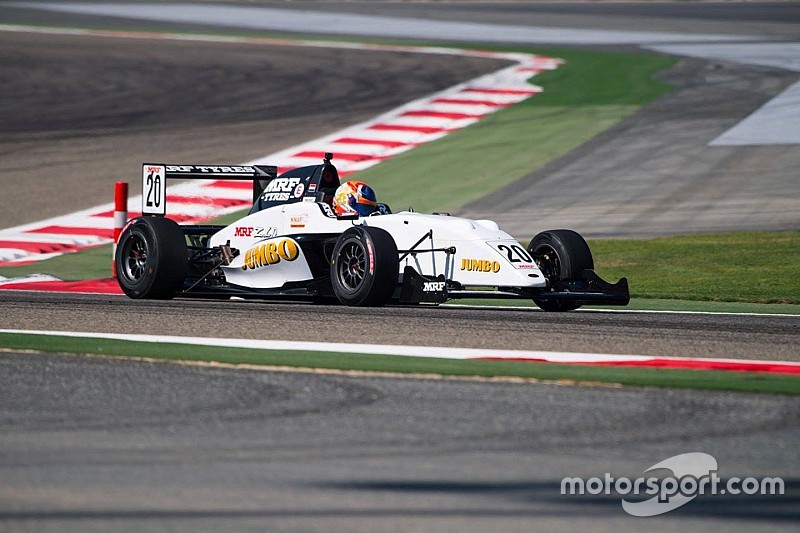 Kalmthout got away cleanly from pole position and immediately established a gap of one second to dissipate any chances of an early attack from Friday’s double winner Felipe Drugovich.

The Dutch driver then began to pull away an ever bigger advantage, eventually taking the flag by a margin of 7.784s.

It was a case of redemption for the 17-year-old, who was hit by a technical problem while leading the first race of the weekend yesterday.

While Kalmthout claimed an easy win, Drugovich had to fend off Julien Falchero to retain second. The two drivers went side-by-side from the final corner to the finishing line, with the Brazilian able to finish ahead by just 0.046s.

Some way behind the fighting duo, Euroformula Open podium finisher Alex Karkosik claimed fourth, having run in a podium position early in the race.

After back-to-back podiums on Friday, Indonesia’s Presley Martono had to settle for fifth, ahead of MRF Challenge regular Dylan Young.

Pavan Ravishankar came on top in a close fight with Henning Enqvist for seventh, with Daniel Frost finishing another three tenths adrift in ninth.