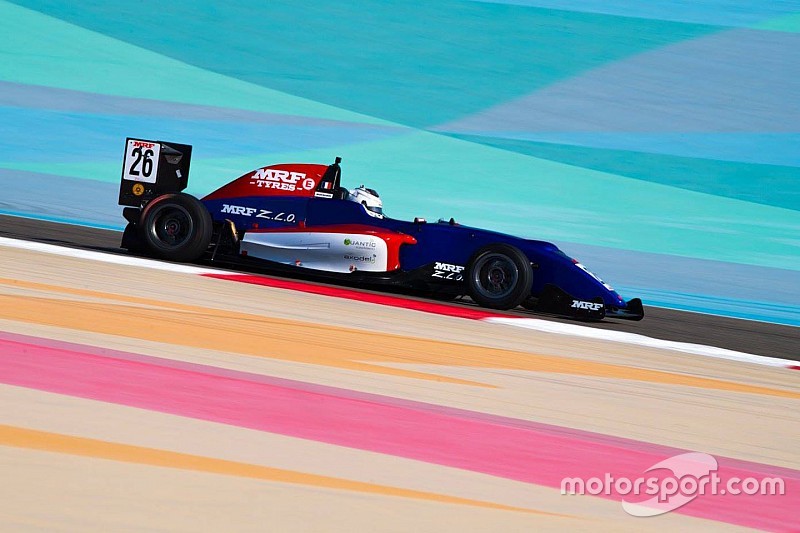 Pole-sitter and Race 3 winner Rinus Van Kalmthout briefly lost the lead to Falchero on the opening lap, but managed to retake the position only a couple of corners later to reinstate the status quo.

While Van Kalmthout and Falchero were battling out at the front, Dylan Young and Henning Enqvist made contact at the first corner, the latter launched into an airbone 360-degree spin.

Both drivers retired from the race, with the safety car deployed at the end of lap 1 to recover the wrecked cars.

After the SC car was removed, Falchero was able to mount an attack on Kalmthout, passing him with a textbook move at turn 1.

The Dutch driver initially stayed on the tail of Falchero, but eventually dropped back as the Frenchman built an advantage up front.

The race was neutralised once again on lap 8 after Michelangelo Amendola and Harri Jones made contact in an incident that left the former’s car stranded on the edge of the track.

Like the previous occasion, the SC period lasted for only a single lap, leading to a two-lap shotoout for victory.

Falchero locked up in the run up to the first corner but was able to hold off Van Kalmthout, who immediately came under pressure from a charging Presley Martono.

The Indonesian driver ran side by side with Kalmthout for majority of the first sector, before he himself had to switch his attention to Felipe Drugovich.

In the end, there was no change in positions at the sharp end of the field, with Falchero able to take the win by 0.461s from Van Kalmthout.

Martono eventually finished a second clear of Drugovich, claiming his third podium of the weekend.

Perdana Putra Minang scored his first MRF Challenge points with ninth, while the top 10 was completed by Singapore’s Pavan Ravishankar.