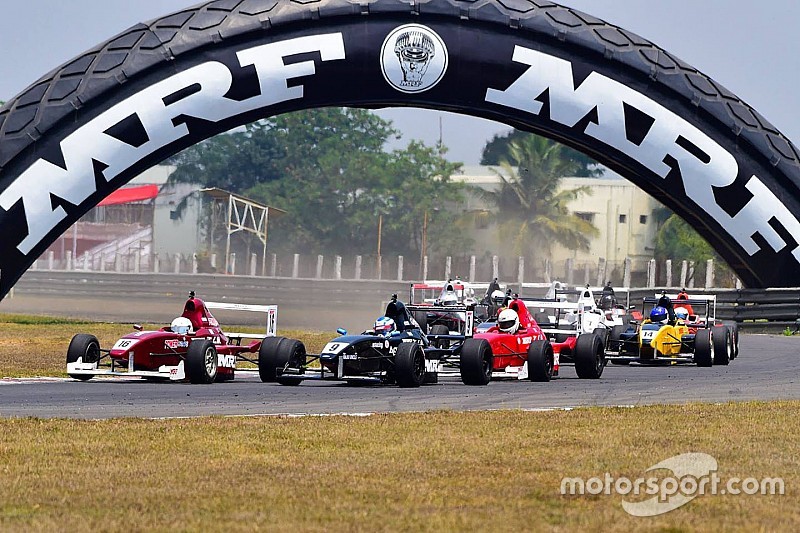 The 2016 season of MRF F1600 will culminate in Chennai this weekend, with Vikash Anand and Karthik Tharani set to engage in a feisty duel for the title.

The duo head into the final round level on points, 138, although the momentum is firmly in the hands of Anand.

The Chennai-born driver, who returned to racing this year after a 18-month hiatus, has won four of the last five races and is eager to win the title to be able to secure a full-season MRF Challenge drive as well as a shot at Mazda Road to Indy shootout.

In stark contrast, Tharani, also hailing from Chennai, has had a difficult run since dominating the first half of the year.

The defending champion crashed heavily in the last round - a mistake that ruled him out of qualifying and compromised his entire weekend.

With not a single podium finish in the last fives races, Tharani’s once unassailable lead in the championship is now down to nil.

Rangaswamy and Reddy with outside chance

Apart from the two championship protagonists, rookies Raghul Rangaswamy and Anindith Reddy also have an outside chance at the title. The two drivers are nine and 17 points adrift of the leaders respectively.

Both have had impressive seasons so far in their own right. While Rangaswamy had to deal with much faster F1600 cars moving from LGB machinery, Reddy got acquainted to single-seater for the first time, having switched from touring cars.

Both are also in a shot to be able to compete in one round in MRF Challenge this season, should they finish runners-up.

Behind the leaders, a rejuvenated Sandeep Kumar will be aiming to keep the top five spot, which he earned after string of podium finishes in the last round.