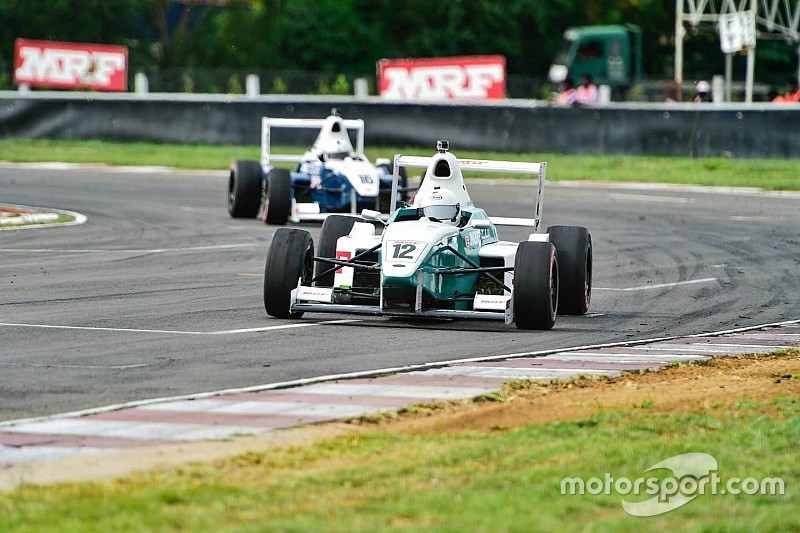 MRF released the entry list for 2016 F1600 championship, with 17 drivers going head-to-head in the first round at the Madras Motor Race Track in Chennai this weekend.

2015 Volkswagen Vento Cup winner Anindith Reddy steps up to single-seaters this year and will be joined by the female racing duo of Neha Dabas and Ria Dabas, who makes their formula car debut.

Earlier this month, the Madras Motor Sport Club [MMSC], handed scholarship to eight drivers to participate in this year's championship at a discounted price.

While Nissan GT Academy finalists Akshay Gupta and Abhinay Bikkani got through the scholarship, the entry list doesn't feature their names.

Bikkani had also tested the F1600 car along with eight other drivers at the pre-season testing at Kari Motor Speedway on January 12-13 of this month.

F1600 will act as a support event to the final round of 2015/16 MRF Challenge as the winners of this year's title eye the Mazda Road to Indy shootout shot and a full season of the F2000 championship.