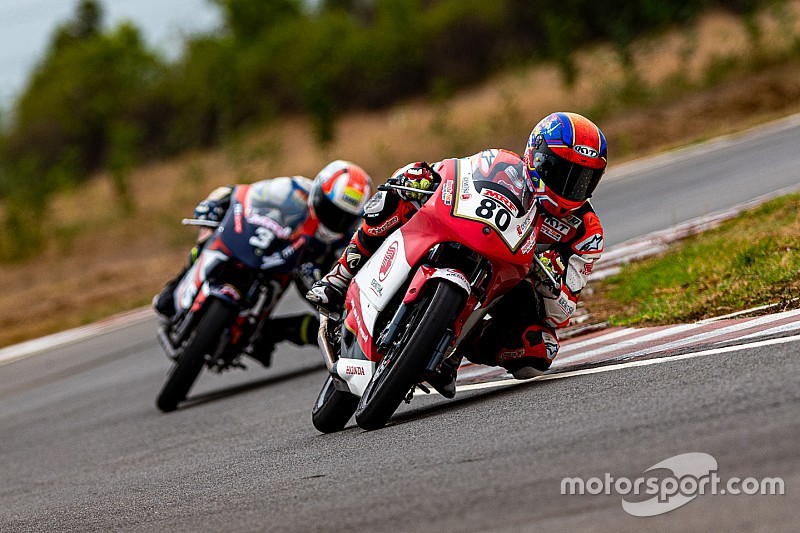 Factory teams from Honda and TVS shared the spoils as the second round of MRF MMSC National Motorcycle Racing Championship concluded in Chennai on Sunday.

TVS Racing took yet another victory in the premier Pro-Stock 301-400cc category, Deepak Ravikumar putting on an authoritative display to complete the weekend sweep.

TVS, however, lost out to Honda in a direct battle between the two manufacturers in the Pro-Stock 165cc category.

The race went down to the wire, with Honda’s Rajiv Sethu making a final corner move stick to pull off a stunning victory over seven-time National champion and TVS rider Jagan Kumar.

Ahamed finished third, but over two seconds behind the leading duo. 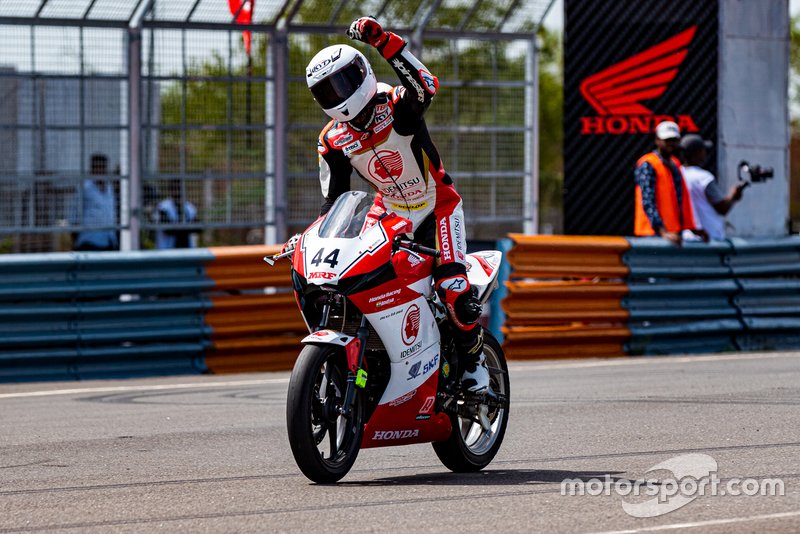 Shetty, who raced in the Asia Production 250cc category of ARRC last year, beat Erula Racing’s Mathan Kumar by a slender margin of 0.069s in a two-horse race for victory.

Abhishek V, also of Honda, completed the podium spots, but had no answer to the pace of the top two.

As again the National classes were supported by a host of one-make races organised by Honda and TVS.

The TVS Apache RTR 310 and RTR 200 races were won by Vivek Pillai and Venkatesan, both completing a fine double in the second round of the championship.