Meka Vidhuraj, R Rajnikanth and Vivian Gladwin were victorious in the three Suzuki Gixxer Cup Open category in Round 2 of the one-make championship at Madras Motor Race Track.

Race 1 saw Vidhuraj claim a thrilling win in a four-way battle, keeping Rajnikanth, Vishwadev Murleedharan and Gladwin at bay throughout the race.

Rajnikanth, who started on pole lost out at the start, finishing only 0.142s behind Vidhuraj. Behind Murleedharan made up three place for the final spot in the podium.

The Coimbatore-based rider was 0.126s ahead of fourth placed Gladwin - the top four separated by mere 0.737s at the end of the six lap race.

Vivek Mani moved up by two places to fifth ahead of M Sudhakar, having made up four places from his starting position.

The biggest gainer was seventh placed S Padmanaban, making up seven places from 15th, with Sandeep in at eighth. Shyam Shankar at ninth and Faraz Shariff completed the top 10. 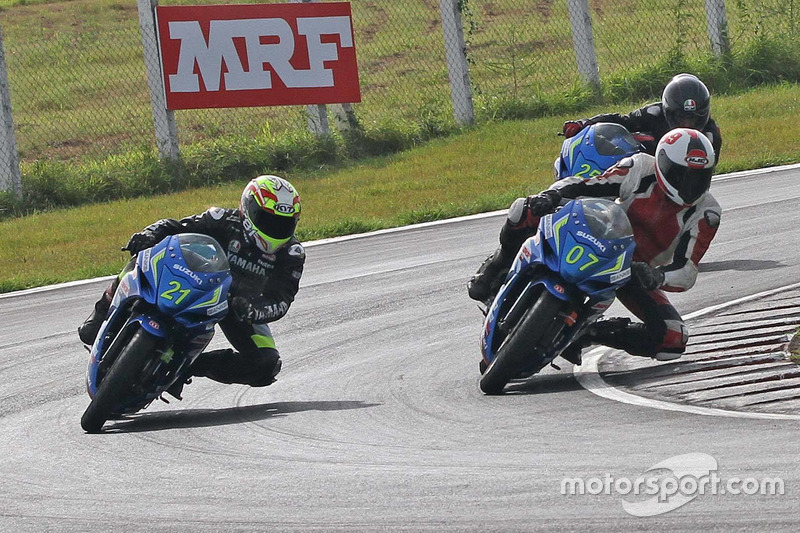 In the second race, Rajnikanth reigned supreme, after polesitter and Race 1 winner Vidhuraj retired on Lap 1 itself.

The Chennai-based rider was unchallenged as second row starter Gladwin finished second, who in turn was unfazed from podium finisher Murleedharan.

The field in the top half was spread out with Sudhakar finishing fourth from Padmanaban, both up by two spots from the grid slot.

Prabhu was sixth ahead of Venkatraman R, who stormed from the back of the field making 11 places in the process. In eighth was Sandeep with Kamran Dubash in ninth and Mani completing the top 10.

Rajan took his second win in Novice category by just 0.073s from Peter as Peddu Shri Harsha completed the rostrum. Aaron Gunawerdhena won the Rookies race from Varoon and Alexander. 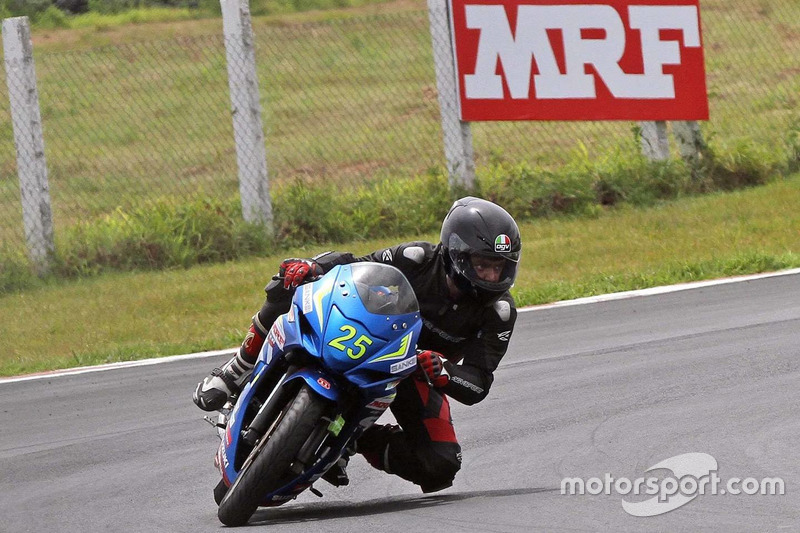 To complete the second round, Gladwin made three different winners in three races with Race 3 victory from Vidhuraj.

Vidhuraj had a battle in his hand for second place as Murleedharan, who claimed his third successive third place, finished just 0.092s behind.

Prabhu finished a lonely fourth from a battling Shankar and Padmanaban to round off the top six. Aman Kulkarni notched his best result of weekend at seventh.

Sandeep at eighth, Mani ninth and Udipta Kumar completed the top 10 positions with Race 2 winner Rajnikanth down at 12th.

In the Novice, Rajan and Peter were at it again with the former making it three in a row in yet another close battle - both separated by just 0.030s.