In the race, Subramanium made consistent inroads with four places from his starting position, while Ahamed lost a place to third.

Team Racr’s Deepak Kumar was fourth just ahead of veteran teammate Rajini Krishnan, as the lead Honda of Ten10 Racing’s Sarath Kumar was a distant sixth.

In the Pro Stock 156cc category, Ten10’s Hari Krishnan took win as Rajiv Sethu made it Honda 1-2 with Racr’s Dinesh Kumar in third. 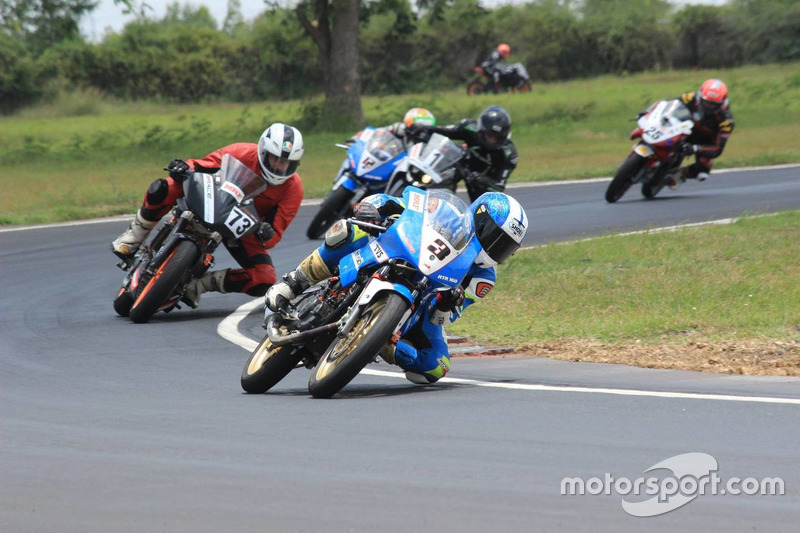 After TVS controlled the first race on Saturday, things turned out good for Team Racr's in Race 2 as the highly experienced Krishnan led a Racr 1-2 with Deepak finishing second.

It was a close fight between the two riders abode the Yamaha, with Krishnan charging through row three in a mixed group of 130-165cc, 300-400cc and Pro Stock 165cc category.

Jagan was TVS' lead rider in third, closely followed by Sarath in the Honda, the Ten10 rider beating teammate and the other TVS riders in the process.

Sylvester completed the top five with Mathana in the Honda a distant sixth as Ahamed and Subramanium retired.