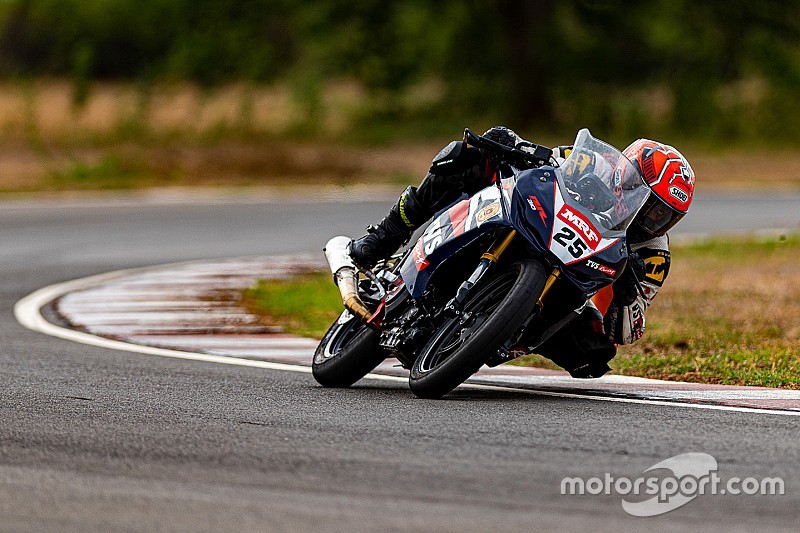 Ravikumar led cleanly away from pole position and gradually pulled away from teammate Ahamed, eventually taking the winning honours in the premier Pro-Stock 301-400cc category by a healthy margin of 5.967s.

The fight for victory was less one-sided in the other national categories, with the Pro-Stock 165cc and 201-300 races decided in the dying moments.

Honda India rider Rajiv Sethu initially tucked in behind TVS rival Jagan Kumar as the Pro-Stock 165cc began, before making a brave move at Bridge Complex on the penultimate lap to steal the win.

Yashas RL of Honda completed the podium, nearly 12 seconds behind seven-time National champion Jagan. RL was fortunate to pick up that spot after Ravikumar, who had originally been running third on a weekend of double duty, ran into bike issues. 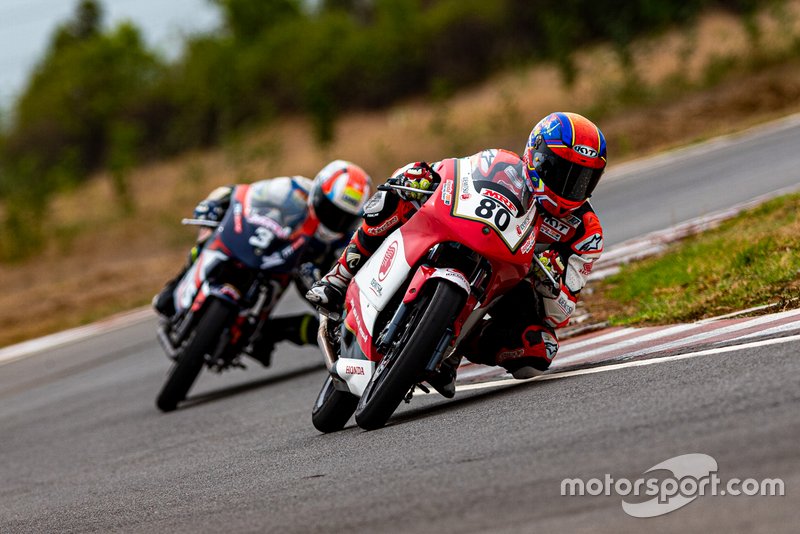 Vivek Pillai and Venkatesan, both of Chennai, were declared winners in TVS Apache RTR310 and RTR200 categories respectively. The TVS Girls race was won by Nivetha Jessica.

The second round of the National Motorcycle Championship continues at the Madras Motor Race Track on Sunday, with one race scheduled in every major class.