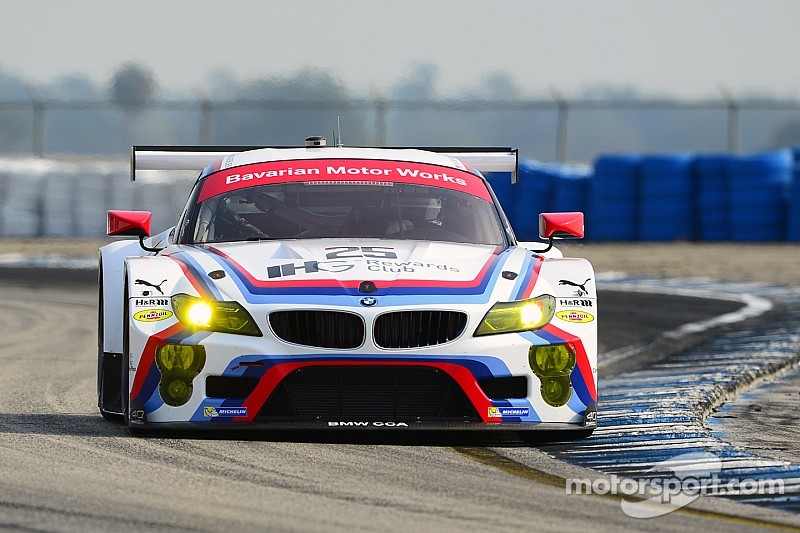 Competition at Sebring will be fast and furious...

With 46 cars on the entry list for the 63rd Annual Mobil 1 Twelve Hours of Sebring Fueled by Fresh From Florida, there’s no doubt the competition will be fast and furious from the drop of the green flag at 10:40 am (ET) Saturday to the checkered flag 12 hours later.

At one time, Sebring – run on the historic 3.74-mile, 17-turn road course which partly consists of pavement dating back to World War II – was a strategy race, where it was important to save your car, and your drivers, for the sprint to the end.

No more. That “sprint to the end” starts at 10:40 a.m., and doesn’t slow down. “It’s flat out, start to finish,” says Alex Job, owner of a pair of Porsches that will compete in the GT Daytona (GTD) class.

Likely the overall winner will be one of the 14 Prototype cars entered – the Prototype class, full-fledged, built-from-the-ground-up race cars – are the fastest, lapping the track at an average speed around 120 mph. In the first practice, the Action Express Racing Chevrolet Corvette DP led the field with a lap time of one minute, 52.485 seconds, making the entry shared by Joao Barbosa, Christian Fittipaldi and Sebastien Bourdais an immediate favorite. Of course, that’s no surprise, as the team won the 2014 TUDOR United SportsCar Championship.

And there’s no reason the Chip Ganassi Racing with Felix Sabates Ford/Riley won’t be a factor, as that car won Sebring in 2014, and a sister car won the season-opening 2015 Rolex 24 At Daytona. There are three Honda-powered Prototypes that could get the job done, with the two Mazda SKYACTIV diesel-powered entries showing more speed at every race. And don’t forget the innovative little DeltaWing, which could be a factor if the team has solved some pesky transmission issues.

The other Prototype class, Prototype Challenge, is the next-fastest, all using ORECA-built chassis and Chevrolet V-8 engines. In the first practice, Colin Braun, Jon Bennett and James Gue took their CORE autosport car to the top of the speed charts with a lap of one minutes, 55.144 seconds, but the slowest of the seven PC entries was less than three seconds back, so it will be a tight race.

The GT Le Mans (GTLM) and GTD classes both use cars that are based on familiar street models, with the GTLM cars being a little faster, and a little more expensive, than the GTD competitors.

GTLM is the class that has the most manufacturer involvement, so expect to see top executives from the major car companies in the paddock cheering on their brand. The BMW Z4 GTLM was the fastest out of the gate in the first practice, with a best lap of one minute, 59.496 seconds by the BMW Team RLL, with drivers Bill Auberlen, Dirk Werner and Augusto Farfus. BMW Team RLL is led by former Indianapolis 500 winner Bobby Rahal and talk show host David Letterman. Barely one second separated the fastest and slowest GTLM entries, and when the race ends, it could be a BMW, Porsche 911 RSR, Chevrolet Corvette C7.R, Ferrari 458 Italia or Aston Martin Vantage V8 in the winner’s circle.

GTD is the largest field with 17 entries. One of the eight Porsche 911 GT Americas topped the speed chart after the first practice – the Team Seattle/Alex Job car driven by Ian James, Mario Farnbacher and Alex Riberas. Porsche has to be the favorite because of sheer numbers, especially since the Magnus Racing Porsche won GTD in 2014, but expect the Dodge Vipers, Aston Martin Vantage V12s, Audi R8 LMSs, Ferrari 458 Italias and a lone BMW Z4 to try to beat those odds.

The Mobil 1 Twelve Hours of Sebring is the second race in the TUDOR United SportsCar Championship season, which ends Oct. 3 with the Petit Le Mans powered by Mazda at Road Atlanta. Daytona, Sebring, Petit Le Mans and the Sahlen’s Six Hours of the Glen, held June 28 at Watkins Glen in New York, are the four longest races on the schedule and make up the Tequila Patron North American Endurance Cup, which awards $300,000 to the teams that do best in the four races in each class.

There also is a two-hour highlights show on FOX Sports 1 on Sunday from 8 to 10 a.m.