The FIA World Endurance Championship is pushing for the IMSA WeatherTech SportsCar Championship to adopt its next set of LMP1 rules in the drive for a common platform across the two arenas.

WEC promoter Automobile Club de l'Ouest believes that a new breed of low-cost P1 prototype due to come on stream for the 2020/21 season could provide the basis of the IMSA series' top class in the future.

ACO president Pierre Fillon said that he had raised the idea at a meeting between WEC and IMSA officials in the US last year.

Like the LMP2-based DPi formula introduced by IMSA last year, the next LMP1 rules cycle will allow manufacturers to introduce styling cues from their road cars.

"We are working on common prototype rules," Fillon told Motorsport.com. "The idea to give the cars a brand identity began with DPi, but we want to go further.

"We also want to reduce the costs of the next breed of prototype so they are not that much different to DPi."

The ACO, which is working on the new rules with the FIA, wants to allow hybrid technology, which Fillon conceded could be a problem for IMSA.

Another key difference would be that the WEC rules would allow manufacturers to build their own cars rather than mandating that they are based on an off-the-shelf LMP2 chassis.

IMSA boss Scott Atherton said that the drive for a common rules platform was ongoing.

"We are working together with a shared goal and a shared vision of having a set of prototype technical regulations that would enable the cars competing for the overall victory at the Le Mans 24 Hours and the overall win at the Rolex 24 at Daytona and elsewhere in the IMSA series, to be one and the same," he told Motorsport.com.

"That is the easy part of it – it is much easier said than done."

Atherton insisted that IMSA would be "staunch defenders of what we believe are the core elements of the DPi formula".

He added: "They have attracted an impressive line-up of manufacturers and teams and the fans have indicated the support of these cars – they look good and they go good.

"The budgets associated with these programmes are attainable and sustainable, certainly compared with some alternatives."

The idea of IMSA adopting WEC P1 rules for the 2022 season, following the extension of its current regulations through to the end of 2021, appears unlikely to find favour with the manufacturers already involved in DPi.

Mazda's North America motorsport boss John Doonan said: "We need to be consistent and take the momentum that we have to grow the sport rather than changing things around.

"If we would have to do our own car the value would disappear."

Honda Performance Development vice-president Steve Eriksen, whose operation is behind the Acura DPi programme with Penske, offered a similar opinion.

"Having done our own P1 and P2 cars and looking at the cost of that versus the cost of taking a constructor's car and making the modifications, it is night and day different," he said.

"Part of the reason why this DPi formula has become so hot and will continue to be so is because of the attractiveness of the value proposition."

The ACO is hoping to unveil its blueprint for the 2020/21 rules during the week of Le Mans this June. 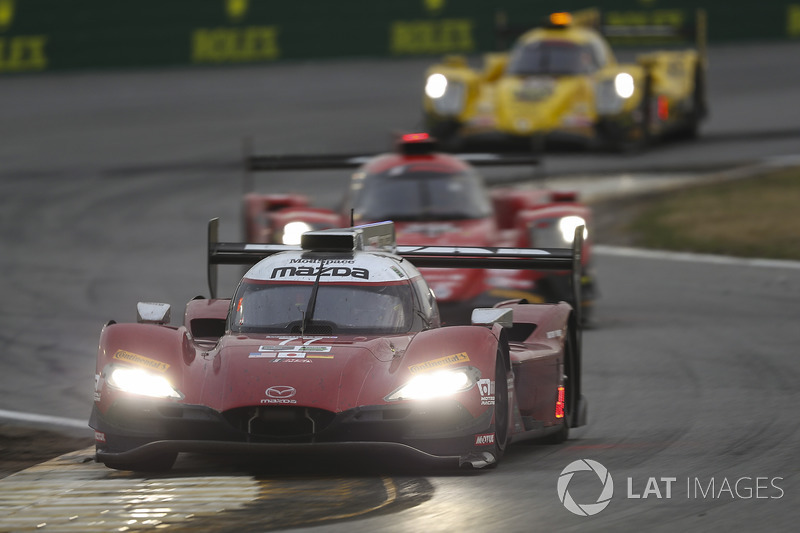