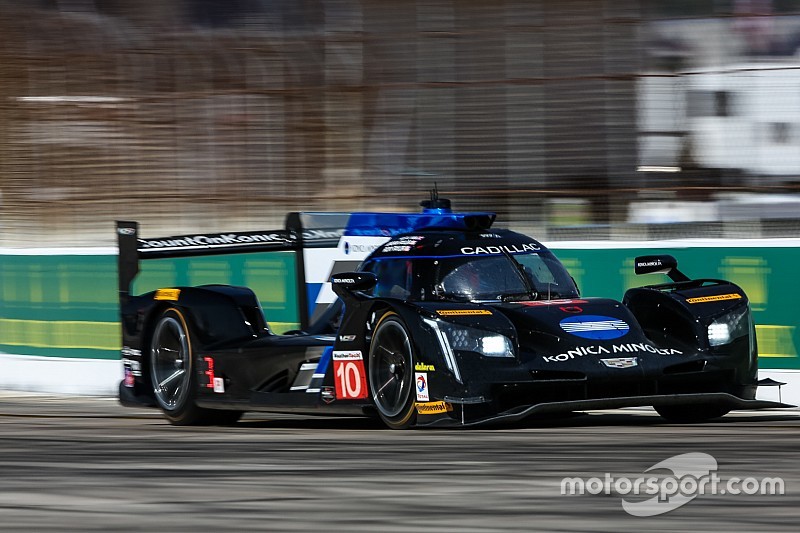 Team owner Wayne Taylor believes WTR’s triumphs at Daytona and Sebring, in spite of IMSA’s Balance of Performance adjustments against the Cadillac DPi-V.Rs, have been down to the superiority of the squad’s personnel lineup.

Since Cadillac’s 1-2-3 finish at Sebring, the Nissan Onroak DPi has been granted an increase in turbo boost across the rev range while the Mazda has been boosted between 2000 and 7000rpm. At the same time, the Cadillac has had its gear ratio adjusted to give less bottom end kick, has received a two-liter fuel capacity reduction and refueling restrictor adjustment.

Yet Wayne Taylor, who has seen his team finish second, first and first at Long Beach over the past three seasons, was bullish on the team’s prospects this weekend.

“Obviously, we’re beyond excited to have won both the Rolex 24 and Sebring,” he said. “It was exactly 21 years ago that I did it as a driver, and now I did it as a dad and a team owner with my kids and our team.

“We’ve had a very successful last few years at Long Beach and I think we’ll be fairly competitive again this year, even with the current situation with the BoP, which might make things very difficult for us. But we’ll take it one race at a time and address any issues after the race if it doesn’t work out.

“We have made it work these last two races in a row, now, because we have clearly the best team, crew and drivers out there. This weekend, we’re unfortunately without our technical director Brian Pillar because he has a stomach ailment… but we’re confident he and Adam [Banet, support engineer] will work closely together to keep our momentum going. We’ll have one or two hurdles to jump over but we’ll do everything we can to find our way.”