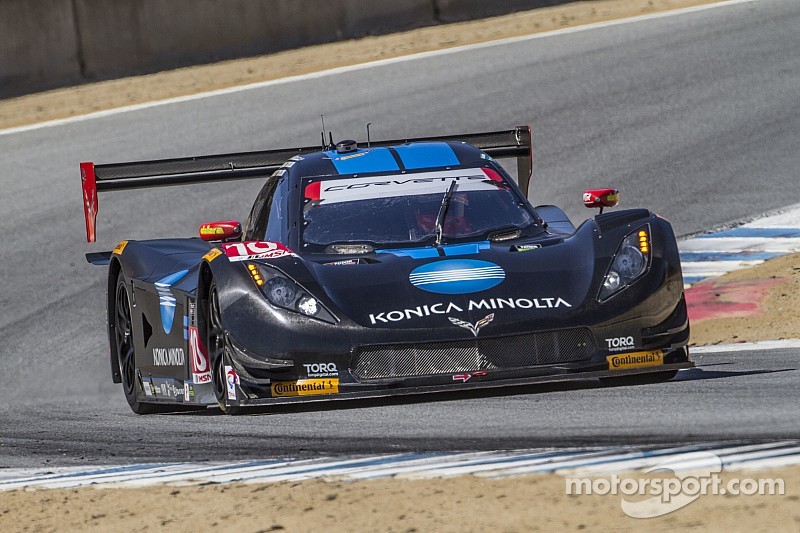 MONTEREY, Calif. - Though the tight street course of the Long Beach Grand Prix is quite a bit different from the flowing, natural-terrain Mazda Raceway Laguna Seca, some of the TUDOR United SportsCar Championship competitors who finished on top at Long Beach April 18 have apparently brought that momentum to Mazda Raceway.

Winning at Long Beach, and fastest in qualifying for Sunday’s Continental Tire Monterey Grand Prix Powered by Mazda, was the No. 10 Wayne Taylor Racing Chevrolet Corvette Daytona Prototype, put on the pole with a time of 1 minute, 18.718 seconds by Jordan Taylor, who shares the car with his brother Ricky.

It was Jordan Taylor’s first career pole in TUDOR Championship competition. He had eight poles in the GRAND-AM Rolex Sports Car Series, which merged last year with the American Le Mans Series presented by Tequila Patrón to form the TUDOR Championship.

Just .222 seconds back was the Chip Ganassi Racing with Felix Sabates Ford EcoBoost Riley DP of Joey Hand and Scott Pruett. They were a half-second ahead of third place, the No. 90 VisitFlorida.com Corvette DP of Richard Westbrook and Michael Valiante.

Jordan Taylor was pleased to be on the pole, but his main concern is the race on the tight 2.238-mile course, which has plenty of sharp turns and massive elevation changes. Last year, the four TUDOR Championship classes were split into two separate races, but this year, all four classes – 35 cars total – will be on the track at once. Consequently, lapped traffic is a concern.

“It’s good to start out front,” Taylor said, “but we’ll be the first to hit the lapped traffic.”

The speed differential is considerable – Taylor’s best lap was 102.350 mph, while the slowest qualifier in the GT Daytona class ran 90.268. “I think traffic will be a big deal out there,” Taylor said.\

In GT Le Mans, the top qualifier was the No. 25 BMW Z4 GTLM of Bill Auberlen and Dirk Werner, who won the race at Long Beach for BMW Team RLL. Werner qualified the car, and he said it was a tense experience: “The track was quite greasy,” he said. Werner is, remarkably, the 15th straight different top qualifier in the GTLM class. “The competition in this class is very tight,” said the German driver, “and on a very high level.”

In GT Daytona, the largest class with 11 entries, Patrick Lindsey put the No. 73 Park Place Porsche 911 GT America car he shares with Spencer Pumpelly up front with a lap of 1:27.040, almost a second ahead of the No. 93 Riley Motorsports Dodge Viper of Marc Miller and Jeff Mosing. Third was the Paul Miller Racing Audi R8 LMS of Dion von Moltke and Christopher Haase.

DeltaWing: Consistency, reliability and managing traffic keys to the race at Laguna Seca 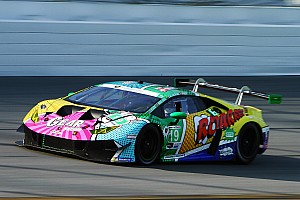