Watkins Glen win gets “monkey off our back” for JDC-Miller 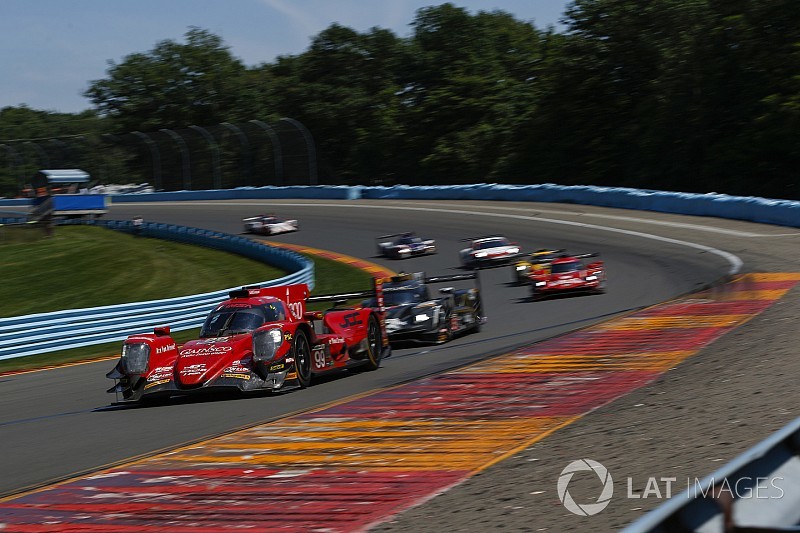 Misha Goikhberg says that capturing victory in the Sahlens Six Hours of The Glen has relieved a lot of pressure for the JDC-Miller MotorSports team, for whom it was a first victory in IMSA.

Stephen Simpson qualified the #99 'Red Dragon' Oreca in ninth but was fifth by the end of the opening lap, and the car remained in the top eight for the duration of the race.

Simpson took the final stint with the car running sixth, just before the final caution period, which saw the #99 crew pit for fuel only, having proven it could double-stint on tires.

The car emerged from the pits in third, and at the restart, Juan Pablo Montoya (Team Penske Acura) and Jordan Taylor (Wayne Taylor Racing Cadillac) were so embroiled in their duel for the lead, they didn’t notice Simpson drafting the pair of them up the hill to the back straight until it was too late.

Toward the Bus Stop chicane (Inner Loop), Simpson made it three-wide and had the inside line and momentum to outbrake Montoya and take the lead.

He then remained in control to the checkers, despite being held up by an off-the-pace Mazda which allowed Montoya to close to within one second.

It was the first IMSA WeatherTech SportsCar Championship victory for JDC-Miller, but also the first victory for the #99 Red Dragon colors since the GAINSCO/Bob Stallings Racing halcyon days in the Grand-Am championship.

Said Simpson: “I’m just so proud to get the Red Dragon and GAINSCO Auto Insurance back to victory lane. It really was a team effort, Misha and Chris drove great and the team made really good calls.

"This JDC-Miller MotorSports team fights so hard.  We’re a small team but you wouldn’t know it. They know how to run with the big boys and I think that was evident today.

"We had good driver changes and tire changes.  I think the first stint at the start of the race was important, we were able to get ourselves to the top two or three and that set the tone for the race.

“We wanted to try double stinting the tires in case that would need to be an option at the end and we did it fine. The biggest challenge in that stint was the heat. By the final stint, I knew what to expect and it also wasn’t quite as long so it was a bit easier.

“I’ve been thinking about this win and how it slipped away from us last year every week for the last 12 months….tonight, I can sleep peacefully.”

Goikhberg added: “We had a car we could compete with. Our engineers John Hayes and Barry Mumm made great decisions with the setup and then again through the race.  It was a team effort and I am so pleased.

“The best thing is to get the monkey off our back. Every weekend fans come to us [about] how much they love the Red Dragon. It’s an honor to drive it, but there was a lot of pressure to perform! Now we can celebrate the Red Dragon with our fans.”

Team co-entrant Miller said: “We are all incredibly honored to be able to drive the #99 Red Dragon that we all watched for so many years. To be the overall winners at a historic race like the Sahlen’s 6 Hour and in these colors is just a career highlight for sure.

"I think we’ve all felt some pressure to get it done, to get the Red Dragon back to victory circle in IMSA and we’ve done it and in just six races. For the JDC guys as well, we’re a small team and this is a big deal.

“Stephen and Misha drove exceptionally well.  At the end of the race they carried us to victory.  It was an awesome day and an awesome race.”

ESM Nissan down to one car for next IMSA round