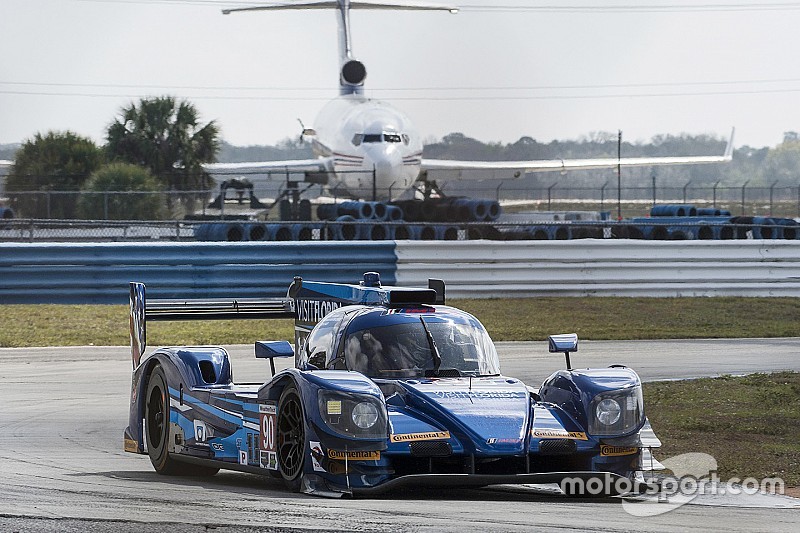 The VFR team finished third in January’s Rolex 24 Hours, beaten only by Cadillac DPi-V.Rs of Wayne Taylor Racing and Action Express Racing, but following a test at Palm Beach International Raceway, the team’s drivers aren’t sure what to expect at the second round of the IMSA WeatherTech SportsCar Championship.

Said Goossens: “We didn’t do much testing prior to the 24 hour race. We went almost immediately into the race and finished on the podium. Coming into this one, it’s tough to say what to expect. We had two days of testing and we collected data and we’re trying to learn what the car needs. In the meantime, we’re still working on the car to make it reliable and fix some of the issues that we had at Daytona.

“We survived and finished third at Daytona so the next step is to finish at this track [Sebring] which is a very demanding track. We’re still learning about this car and we’re not there yet speed-wise and so we just need to focus on having a clean and trouble-free race which is tough to do here. The team has been working hard in all sorts of areas and we’ll be well-prepared when we head back to Sebring for the race.”

His fulltime teammate Renger van der Zande stated: “Here at Sebring it’s such a tough track that a 12-hour race here is like a 24 hour race. The car seems to be reliable and strong and I think the group of drivers that we have is working well. We are on the same page of where our strengths and weaknesses are.

“So from that perspective we can look forward to a weekend where we can try to make the most of it. Speed wise we still have to work a bit, that’s not a secret, but on the other hand, this is endurance racing and if we can stay on the lead lap and score good points, we’ll be good as we head into the remainder of the season.”

Rast sounded more positive, stating: “We all go to Sebring with a big boost coming from Daytona with a third place finish. I think Sebring should suit our car a bit more than Daytona did even though it will be tough to beat the Cadillacs.

Ford ready for the “bumps and holes” of Sebring