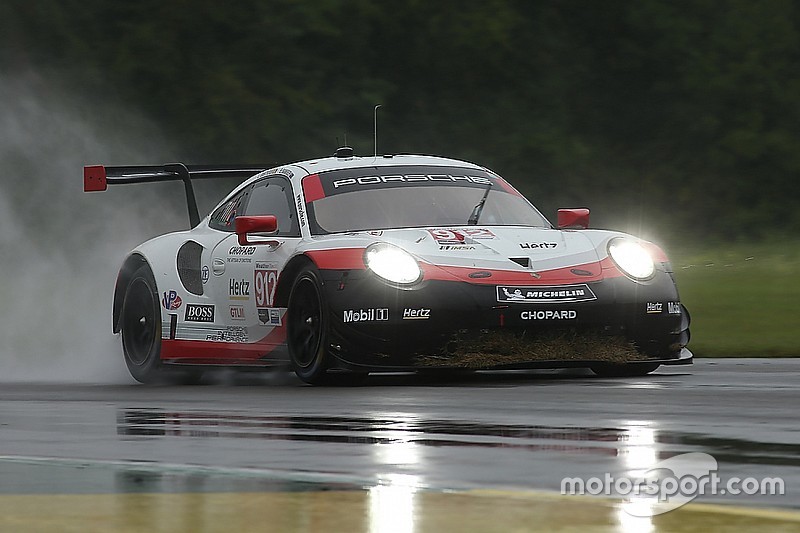 Laurens Vanthoor was fastest in the final practice session for this weekend's GT-only round of the IMSA WeatherTech SportsCar Championship at Virginia International Raceway.

After overnight thunderstorms, the track was wet for the start of this hour-long third practice session of the weekend on Saturday morning. Proving how tricky conditions were, the Corvette of Jan Magnussen went off at Turn 15 on his out lap.

Nick Tandy set the pace by over a second early on in the #911 Porsche 911 RSR, before returning to the pits with the front end of his car coated in grass. Vanthoor then bested him by three tenths on 2m00.631s before the rain intensified once again.

Tandy went out for more runs, but failed to improve on any of them and suffered a couple more grassy offs, as did Vanthoor.

Joey Hand was third quickest in the first of the Ganassi-run Ford GTs, six tenths off the pace but almost a second clear of Connor de Phillippi’s RLL-run BMW M8 GTE. Magnussen recovered to set the fifth-fastest time, ahead of the BMW of John Edwards, who went off at Turn 4.

Oliver Gavin was seventh in the second Chevy, with Ryan Briscoe rounding out of GTLM class, having suffered an off at Turn 14. 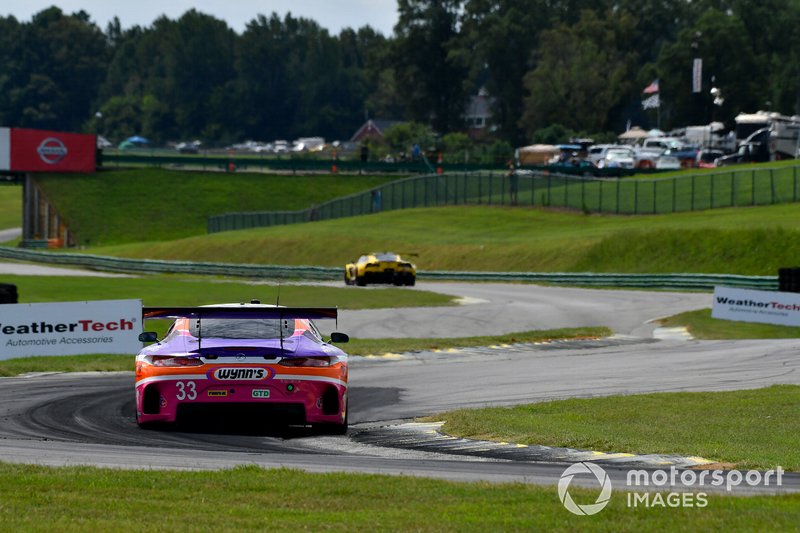 In GT Daytona, Jeroen Bleekemolen was one of the few to improve in the closing stages of the session in his #33 Riley Motorsports-run Mercedes-AMG GT3.

Andy Lally had set the pace for the majority of the session in his #44 Magnus Racing Lamborghini Huracan GT3 – bouncing back from a troubled Friday which ended prematurely when he went off at the final corner. After teammate John Potter took over today, he had an off of his own at the same turn.