USCC is still in planning stages for their inaugural season 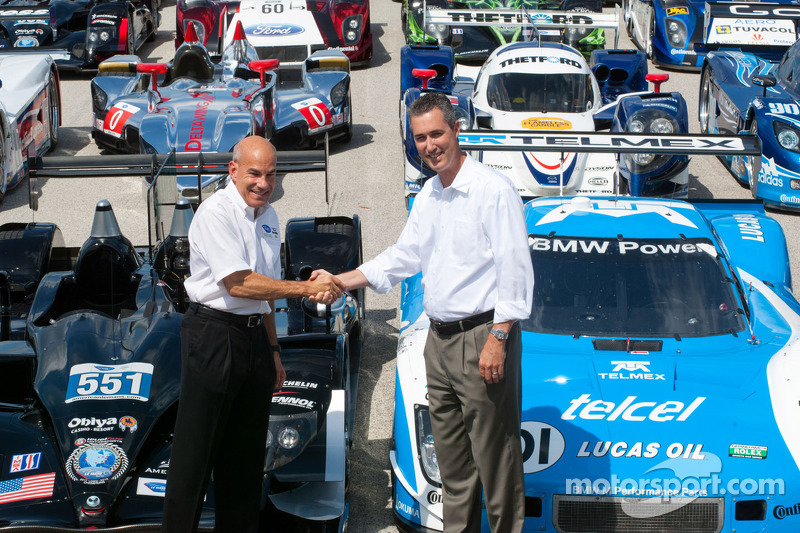 Any new series start up is like cutting teeth and the TUDOR United SportsCar Championship is doing just that!

While it is true that the powers that be are focused on the merger of the GRAND-AM and American Le Mans Series have their work cut out for them and many expected more information by now, but the truth of the matter is that one needs to realize that it takes time to develop a new “start-up” series, especially if it is two series being united into one.

Sounds easy but in reality it is not. It is more along the lines of the first year of any new series. In the past, we have seen Off-Road racing deal with the same issues and while some survived, others did not. Add to the fact that when two series become one, there are many who are skeptical or angry.

The merger of the former Champ Car World Series and IndyCar Series was filled with turmoil including fans blasting the owners of the two series. It was not a smooth takeover by INDYCAR. Yet it did survive. 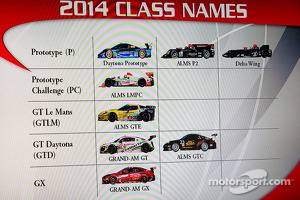 The focus now is on TUDOR United SportsCar Championship (USCC). At first it appeared to be a good idea to unite the top two American sportscar series, and the fans accepted it but they also did not immediately approve. Many were worried about which of their favorite classes would remain, and how it would affect those who want to see their favorite teams and drivers race in the 24 Hours of Le Mans.

The USCC's decision makers have yet to announce the actual regulations, and the fans are getting concerned. Now the 2013 season is ending with GRAND-AM having already celebrated their final champions under the Rolex banner and the Patron sponsored ALMS is ready to host their finale next weekend, one would expect far more information by now.

The most recent announcement came today from USCC. The focus was on probable car count which appears to be extremely large according to the teams are prepared to make the commitment. Yet should that not have been expected since both series have good car counts over the past years? Yet apparently the numbers have surprised those in charge of making the hard decisions.

Now they have realized the probable car count and have made changes to the 2014 already announced schedule. Most of the change is due to the type of track including the street circuits, the small tracks, and the special infield oval (roval) tracks.

Today, the fans and the media were given the verdict of “car capacity” for all of the events. However, the sanctioning body for the TUDOR USCC stated that the cap of the number of cars in each class could change depending on the entries that actually will contest the full season.

While the venues remain the same, the fans will not see all the classes at all the events which causes a bit of confusion to who is where and when. The reason given is due to the “car capacity” with the restrictions; however, for the crown jewels all four classes will be on the track. They are Daytona 24 hours, Sebring 12 hours and the Petit Le Mans at Road Atlanta.

The same four classes will also be at Indianapolis, Watkins Glen, Road America, and the Circuit of The Americas.

The other planned events for 2014 will have changes and if you want to attend the Long Beach race, you will only see the Prototype (P) and the GT Le Mans (GTLM) cars. Yet at the street circuit in Detroit, it will be the P and GT Daytona (GTD) classes. This does make sense considering they are street circuits that have little room to make an error or to make a pass for position.

For the Kansas race, only the Prototype Challenge (PC) will fight for the glory as a stand-alone event. Seems odd for just the one single class but that was the IMSA staff’s decision despite the fact that the GRAND-AM teams put on a good race, especially the GT class.

Now for the Canadian race, there will be three classes at CTMP in Bowmanville: The fast P cars along with the two GT classes - GTLM and GTD.

What is interesting and will give the fans two interesting races will be the “split” ones: Laguna Seca and VIR. In Monterey it will be the P and GTLM classes and the PC and GTD group will run together in a separate race on the same day. While there will also be two races in Alton, Virginia, the PCs will have their own contest in a separate event, the GTLM and GTD classes will mix it up.

Hopefully soon the car specs will soon be set in stone with any other regulations for the 2014 rules. Would it surprise us all if the rules change during the first year?