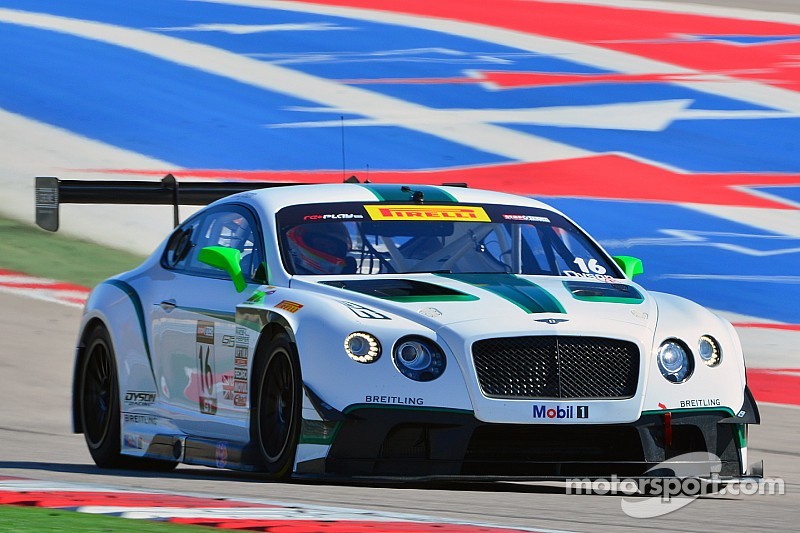 Poughkeepsie, NY, 16 April 2015) Bentley Team Dyson Racing CEO Rob Dyson will be closely watching the team’s pair of Bentley Continental GT3 race cars at Sunday’s Grand Prix of Long Beach round of the Pirelli World Challenge. Keeping an eye on the competitive performance of drivers Chris Dyson and Butch Leitzinger, Dyson will also be aware that both cars need to be on track just four days later in Birmingham, AL, for a test session that kicks off the Grand Prix of Alabama race meet.

“On street courses like Long Beach there are a lot more chances for a car to be damaged in a crash than at a regular road course,” Dyson said. “That’s just a fact. We saw it in (the two most recent Pirelli World Challenge street-course races at) St. Pete.”

Team prepares for all eventualities

“Our Bentley’s have been getting stronger each race,” Dyson said, “and I think we’ll do well at Long Beach and at Barber, which is a road course that maybe suits our cars a little better. But with two races so close together, it’s also really important that we finish the race at Long Beach with two ready-to-race cars.”
Leitzinger emphasized the balance between aggression and discretion that’s a key to success on street courses. “There aren’t a lot of chances to pass and these are sprint races that tend to have a lot of full-course yellows,” he said. “You’ve got to make the most of the opportunities that present themselves. But you don’t want to be the reason for that next full-course yellow.”

Leitzinger’s teammate, Chris Dyson, noted that the team’s pair of tractor-trailers won’t be able to depart Long Beach until Sunday evening and are scheduled to arrive at Barber Motorsport Park, 2,000 miles away, by 8:00 a.m. Wednesday. “They’ll need that all of those two-and-a-half days for the drive from California to Alabama,” he said. “We’re not on track until Thursday morning. The good news is that the Continental GT3 was developed for long-distance races as well the sprint racing we do. Hopefully, all the crew will need to do is change the oil and tires and we’ll be ready to go.”