The BMW M4 GT3 that Turner Motorsports will run next year has been revealed in the team’s traditional colorschemes.

The Newton, NH.-based team will enter the #96 in the IMSA GTD category but has switched from its veteran M6 model to the M4.

For the Rolex 24 Hours at Daytona next month, the team’s full-time line-up of Bill Auberlen and Robby Foley will be joined by BMW M factory driver Jens Klingmann and Michael Dinan. For Klingmann, this will be a first IMSA start since he raced for Will Turner’s team in 2020, while for Dinan – who won his class along with Foley in GT World Challenge America – it will be his first race at this level.

The liveries on show in the rendering as tweeted by Foley, reveal the team’s traditional blue-and-yellow with prominent logos for the H&R racing parts logos, while the Liqui Moly colors – predominantly white with red and blue banding – work particularly well with the M4’s styling.

Rahal Letterman Lanigan Racing will run two BMW M4s in the GTD Pro category, but won’t be revealing its driver line-up until January. 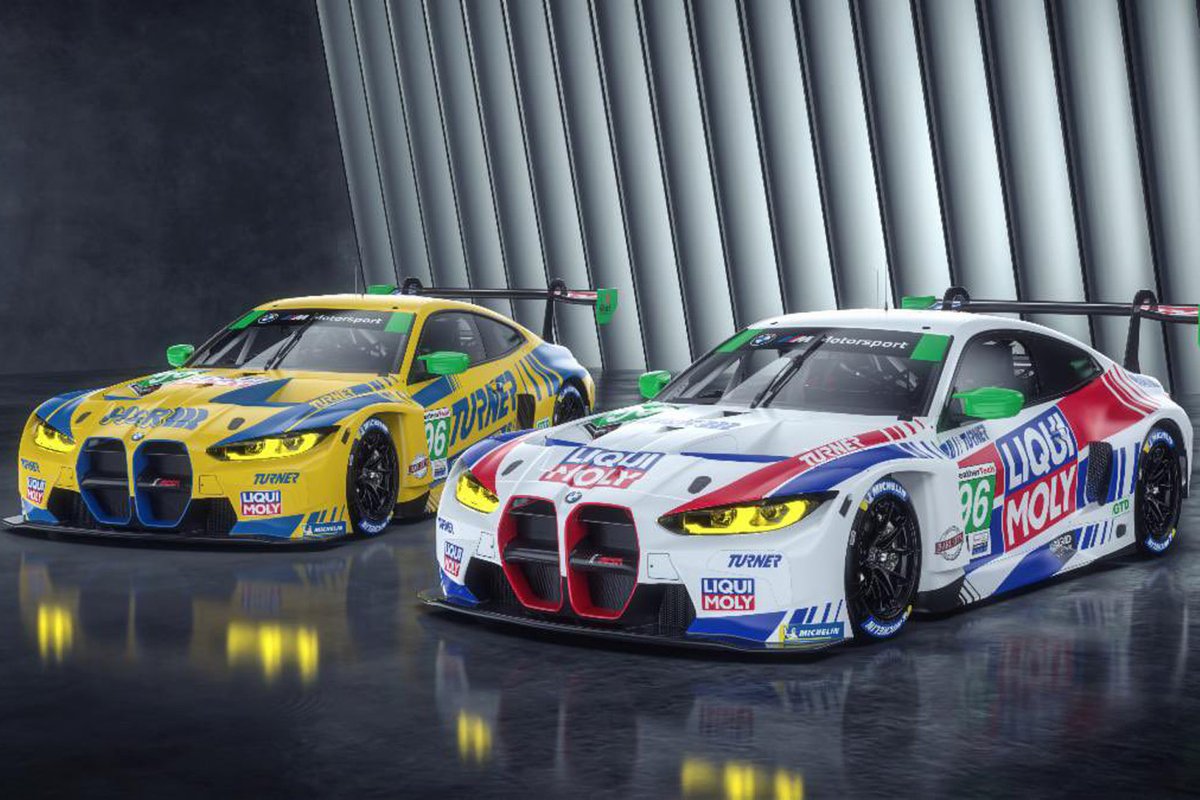 Turner on WGI win: We made our luck “We made our own luck,” says Turner after win at The Glen

Auberlen on record win with BMW Auberlen: 23 years with BMW “I wouldn’t trade for anything”