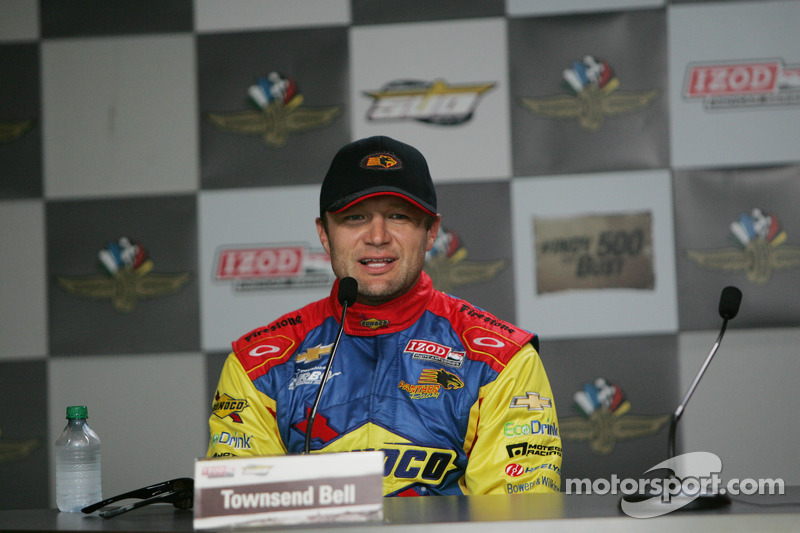 Preparing for June's Sahlen’s Six Hours of The Glen

Townsend Bell (in photo) made a pit stop at Watkins Glen International on Wednesday, en route to Indianapolis Motor Speedway, where he’ll compete in Sunday’s Indianapolis 500.

Bell visited Watkins Glen to join a large group of TUDOR United SportsCar Championship drivers testing in preparation for the Sahlen’s Six Hours of The Glen. The race, which also is the third round of the Tequila Patrón North American Endurance Cup, is scheduled for Sunday, June 29.

In addition to sharing the points lead in the GT Daytona (GTD) point standings, Bell and co-driver Bill Sweedler also hold a nine-point lead in their class in the Patrón Endurance Cup, which encompasses the four longest races on the TUDOR Championship schedule.

“I love being in a race car as much as possible,” said Bell, who will drive in his eighth Indianapolis 500. “This is a sweet time for me to go from Indy practice on Monday, to Watkins Glen in a Ferrari, to practice in an IndyCar on Friday.”

Bell had a slight problem adjusting to the Ferrari in his first visit to the Glen in 15 years – stalling the car while leaving the pits.

“I forgot to push the clutch in. In an Indy car it’s on the steering wheel,” he explained.

This was one of the last days until the race you could get on this track, so everyone who is here is looking for the same thing – trying to get that little advantage and set up for the handling.”

Jon Bennett got his first experience on the 3.4-mile circuit. He co-drives the No. 54 CORE autosport ORECA FLM09 with Colin Braun, who previously raced at the Glen in the NASCAR Nationwide Series and in the GRAND-AM Rolex Series. Braun and Bennett currently lead the Prototype Challenge (PC) standings in the Patrón Endurance Cup.

“It’s a bit of an intimidating place first thing in the morning,” Bennett said. “After about 10 laps I began to find my rhythm and groove. This car, with its downforce, is really well suited to this track. I think it’s going to be a great race.”

Also testing a PC was 8Star Motorsports with Enzo Potolicchio and Tom Kimber-Smith.

The test featured three SRT Vipers – two that compete in the GT Le Mans (GTLM) class with SRT Motorsports, and a Riley Motorsports Viper that races in GTD.

Other GTLM teams included Team Falken Tire with Bryan Sellers and Wolf Henzler in the No. 17 Porsche 911 RSR; BMW Team RLL with Bill Auberlen, Andy Priaulx and Dirk Mueller; Risi Competizione with Pierre Kaffer in the No. 62 Ferrari F458 Italia; and Porsche North America's No. 911 and 912 Porsche 911 RSRs.

Completing the testing lineup was the No. 90 Spirit of Daytona Corvette DP with Richard Westbrook and Michael Valiante.

As Sharp indicated, the Glen has been a popular place among TUDOR Championship teams. Other teams that have recently tested at the track included: Action Express Racing, Wayne Taylor Racing and Magnus Racing, in addition to the Automatic Racing and Stevenson Motorsports teams in the Continental Tire SportsCar Challenge.

A Morgan-Nissan LM P2 in the streets of Detroit!