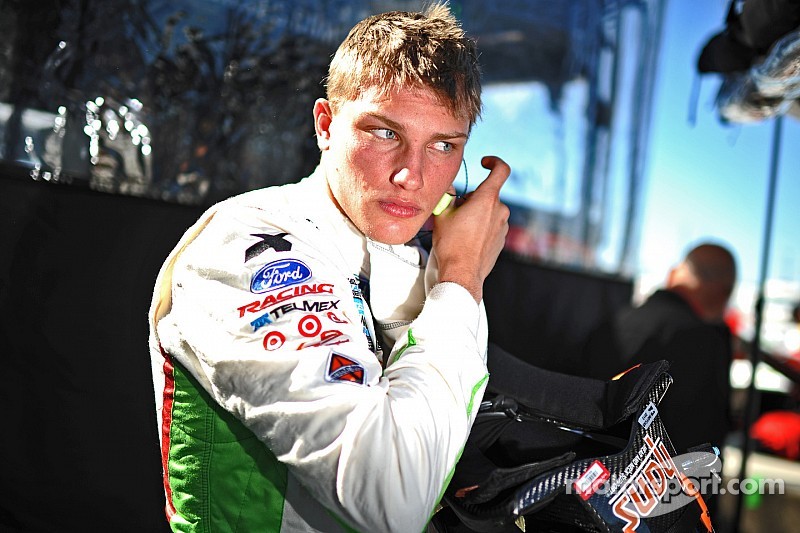 The repaved and revised 14-turn Grand Prix road course at Indianapolis Motor Speedway may be new to the competitors in Friday’s Brickyard Grand Prix, but the vaunted Brickyard itself is a familiar place to many drivers who will compete in the first event at Indy since the GRAND-AM Rolex Sports Car Series and American Le Mans Series presented by Tequila Patrón combined to form the TUDOR United SportsCar Championship.

Five drivers who competed in the Indianapolis 500 in May will be racing in Friday’s two-hour, 45-minute Brickyard Grand Prix. Jack Hawksworth and Martin Plowman are part of the Prototype Challenge (PC) field, along with GT Daytona (GTD) competitors Townsend Bell and James Davison.

Sage Karam (in photo above) was announced Wednesday as a last-minute replacement for Memo Rojas in the No. 01 Chip Ganassi Racing with Felix Sabates Ford EcoBoost/Riley in the Prototype class.

Of the five, Karam, an Indy 500 rookie, posted the best finish in the race—ninth.

Karam will join Scott Pruett, a perennial contender in the top class, who has raced in four Indy 500s and two Brickyard 400s in the NASCAR Sprint Cup Series.

Pruett, who finished second in the Brickyard Grand Prix in both 2012 and 2013, would like nothing better than to win the race, both for himself and for team owner Chip Ganassi, who needs the victory to complete a trifecta that includes his Indy 500 and Brickyard 400 victories.

Pruett has ground to make up in the championship standings. Still feeling the effects of a disappointing run in the Rolex 24 At Daytona, Pruett trails DP leaders Jordan and Ricky Taylor by 26 points entering Friday’s race.

Memo Rojas out with back problems

A nagging back issue, however, will keep his regular co-driver Rojas out of the race, but Karam, 19, the reigning Indy Lights champion, will be a capable replacement.

“I couldn’t have been happier to get the call to come drive again with the team in the No. 01 car in Indianapolis,” said Karam, who was part of Ganassi’s Prototype team at the Rolex 24. “It’s an unfortunate situation for Memo, and I hope he recovers quickly, but I’m happy to step up and contribute any way I can.

“I have such great memories of competing at IMS already in the Indianapolis 500 this year with the team, so it almost feels like going home a bit. I know it’s a completely different track, but I feel comfortable there, and I’m hoping I can carry that over into a great result this weekend.”

Pruett and Karam won’t have to worry about the team that beat the No. 01 DP car to the finish line in the last two Brickyard Grand Prix. Starworks Motorsport, victorious in the DP class in 2012 and 2013, has entered two cars in the PC class this year, hopeful of defeating the No. 54 of Jon Bennett and Colin Braun, which has won four of five PC races this year.

“We’ve been looking forward to this race for a while,” team owner Peter Baron said. “Obviously, we’ve had good luck there. The setup philosophy on how you run a car at Indy should translate from a DP to a PC car.

"Our team really wants to win. Hopefully, we’re rid of all our bad luck and will start making ground in the championship. We’re trying to make an Indy three-peat and kiss the bricks one more time.”

Scuderia Corsa presses on to Indianapolis