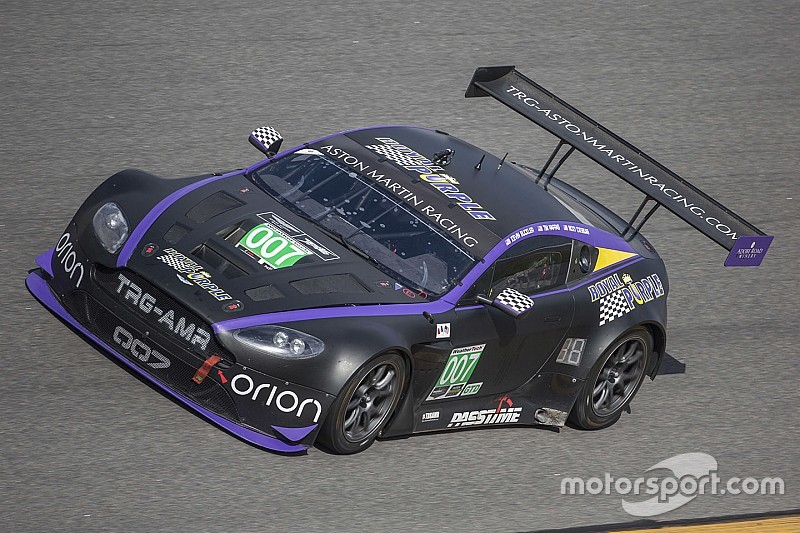 The California-based team is running a full factory, collaborative GTD program with Aston Martin Racing. To kick off the 2016 season, TRG-AMR will focus on Daytona and Sebring. Both teams will share personnel, resources, and data, maintaining a powerful alliance.

TRG has been a sports car powerhouse since the early days of IMSA with their first victory in 1995. In 2015, the team came ever-so-close to winning the IMSA GTD Championship and entered the last round at Petit Le Mans as the series leader. The team is returning and this January is looking to score its fifth Rolex 24 at Daytona win— a record that is already unmatched with four victories (once overall), 13 podiums, as well as capturing the 2015 pole position with the #007 Aston Martin GT3 car.

We will be a powerful team and we are again looking forward to running for a championship.

“Aston Martin Racing is looking forward to partnering even closer with TRG in North America in the 4th year of our partnership,” stated John Gaw, Team Principal of Aston Martin Racing. “IMSA is an important series in North America and to lead going into the final round at Petit in 2015 was an exciting campaign led by TRG-AMR. Aston Martin Racing is looking forward to what 2016 will look like with the new regulations, and will join TRG-AMR for the first two critical races at Daytona and Sebring to kick off the 2016 campaign and season.”

“We are all very proud and excited to continue competing in IMSA, running a full factory collaboration with Aston Martin Racing, and announcing our GTD campaign,” stated TRG CEO Kevin Buckler. He added, “The series has stepped up its efforts on all levels and the manufacturer alignments are critical. We’re really looking forward to running side-by-side with our partners at Aston Martin Racing for these two massive endurance races. We will be a powerful team and we are again looking forward to running for a championship.”

Driver line-ups for both races will be announced in due course.