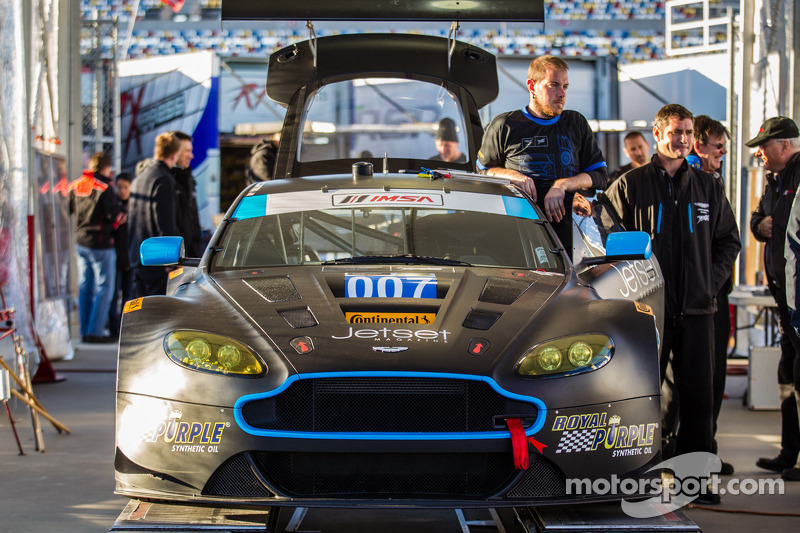 TRG-AMR North America announced today another important piece of its debut season in the new TUDOR United SportsCar Series, unveiling the final driver lineup for its 007 and 009 Aston Martin V12 Vantage GT3 entries that will race in the GT Daytona class Jan. 25-26 in the Rolex 24 At Daytona. 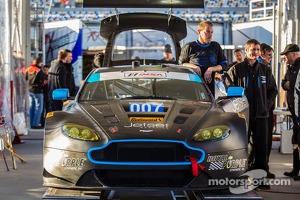 Block, from Gates Mills, Ohio, will make his Rolex 24 debut with TRG-AMR North America, one of the legendary teams in the event's history. He raced as a teenager before turning his attention to business opportunities but returned to motorsports over the past three years. Block has been driving in a variety of sports cars with the goal to compete in the major endurance races. He joined the TRG-AMR lineup in late 2013 through extensive testing and looks forward to the first of his four Tequila Patron North America Endurance Cup races in 2014 with the team.

Carter, from Greenville, Del., has been racing in North America for the past five years in a number of sports car series. He has been building his racing toward a full-time opportunity in a GT program. After driving for TRG, including a 2012 win at the Baltimore Grand Prix, he looks forward to driving the 007 for the entire 2014 season with TRG-AMR. Like Block, Carter has been a test driver at all of the offseason tests for the TRG-AMR organization. Carter will make his third career Rolex 24 start.

Davison, from Melbourne, Australia, moved to the United States to develop his skills in open-wheel racing. After a number of wins in the open-wheel ladder system in North America, Davison drove in two races in the IndyCar Series in 2013. His top-10 pace in those events showed his speed and race craft. Davison made the move for 2014 to TRG-AMR North America in the 007. He has recently relocated to the team's headquarters in Petaluma, Calif., and has been an important piece in the off-season testing for the GTD class V12 Vantage GT3. He will make his first Rolex 24 start this weekend.

Davis, from Napa, Calif., enters his second year with TMG-AMR, this season in the 007. He scored TRG-AMR's inaugural victory driving a Vantage GT4 in the Pirelli World Challenge race in 2013 at Sonoma and has been a front-runner in the series for years. Davis also drove for TRG-AMR at the GRAND-AM event at Laguna Seca in both the GT and GS classes. He scored a pole in the Continental Tire GS class with the Vantage GT4 and drove the V12 Vantage GT3 to a Top 10 finish in the GRAND-AM Rolex GT class. Like the rest of the 007 driver lineup, Davis has been a vital part of the entire off-season testing program for the V12 Vantage GT3. He will make his second Rolex 24 start.

Riddle, from Vancouver, British Columbia, will perform double-duty in 2014 for TRG-AMR. He will race in the Continental Tire SportsCar Series with TRG-AMR in a Vantage, but he also earned a spot in the team's 009 V12 Vantage GT3 in the Rolex 24 with a confident, comfortable, quick performance in testing at the "Roar Before the 24" earlier this month at Daytona. An extensive off-road rallying career helped Riddle adapt to the power of the V12 Vantage in his first experience with the car. Driving the V12 Vantage GT3 will help Riddle's quest in the GS class 07 Vantage GT4 at Daytona and beyond.

Lockie, from Little Preston, England, arrives in Daytona as a very experienced sports car professional in some of the biggest races in international competition. He recently competed with Aston Martin in the GT4 Challenge Series in the United Kingdom. Lockie worked with his associate David Mason and the MacConnal-Mason Gallery to build a program to compete in this historic Rolex 24 with the V12 Vantage GT3. Lockie will make his fourth career Rolex 24 start this weekend, adding to a resume that includes such classic endurance events as the Le Mans 24 Hours and the 24 Hours of Nurburgring.

McIntosh, from Hillside, N.J., is another TRG-AMR driver making his Rolex 24 debut. He has extensive domestic sports car racing experience and is one of the hard chargers on the competitive GT scene. He drove in the GRAND-AM Continental Tire series in 2013 with two top-10 finishes. McIntosh also drove in the Pirelli World Challenge series with the three Top 10 finishes in three starts. Prior to that, McIntosh also drove in NASA and NARRA with wins and championships in both series.

Aston Martin Racing driver Adam, from Kirkcaldy, Scotland, will fill out the 009 V12 Vantage GT3 roster. He has been a key figure in the development of the GT3 program. Adam followed the classic path of starting in karts, winning multiple Scottish championships, before climbing to open-wheel racing in his youth. He switched to sports cars, winning in a variety of sports cars and also in touring cars. Recently Adam has been dedicated to the Aston Martin Racing Vantage GT3 and GTE race cars. He was a member of the 2013 championship-winning British GT lineup in the V12 Vantage GT3. Adam also competed in the World Endurance Championship in 2013 and made the podium twice with Aston Martin Racing. He has also been another member of the TRG-AMR development driver team in this offseason.

With the announcement of the 007 and 009 driver lineups complete, the team has arrived in Daytona with its focus set on this historic inaugural event for the team and the series and its next chapter in sports car racing's history book.